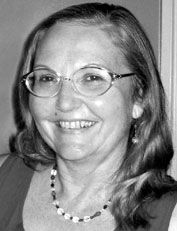 Compared with the others who have appeared on this Featured Folkie page I have little or no musical background. My father had a lovely voice but rarely sang - except at the weekly gatherings around the piano with a family of Liverpuddlians Mum and Dad had befriended. My mother, on the other hand, had learned the piano but couldn't sing to save her life!

I was born in Perth, W.A. because my parents (both from Victoria) had met there during the war and decided to live there after they were married.

The only music in our house was the radio and, apparently whilst still a baby, I used to beat in time to the music - some things, apparently, never change.

We moved to Brisbane in 1952 and then to Papua New Guinea in 1959. Now I am aware that some of the music we listened to in those early days is now looked upon as "folk" songs - for example music by the Weavers, Jimmy Rodgers and later on Peter Paul and Mary, I seem to remember that one of our earliest records (in the early 60's) was by PPM.

In 1972 I travelled by ship from Port Moresby to the Philippines and Singapore, then onto Malaysia, Thailand and Hong Kong, and I left Port Moresby in 1974 (just as self-government came in) I went to the UK, Spain, Portugal and Morocco, with a whirlwind tour of Europe (you know "if its Tuesday it must be Belgium"!) before moving to Darwin. I arrived there just in time for Cyclone Tracy and it was here that I had my first real exposure to folk music in 1975. I went on a bus trip to Lake Arygle at the Ord River in W.A. for Easter. The bus company hired two musos to entertain the guests - Nick Walmsley and Ted Burns - and I must admit I really enjoyed the experience, so I joined in the fun at the Folk Club (not then at East Point) but in town and the location, etc. is a bit hazy. This soon changed as life takes over and things and circumstances alter.

1977 saw me taking wing to Singapore, Malaysia, Hong Kong, Taiwan and Japan before sailing to Russia to travel by the Trans Siberian Railway (in winter!) then on to the UK and a campervan adventure as far as Iran before returning to the UK and back to live in Townsville in 1978. It was here after another life change in 1982 that I was able at long last to get back into Folk Music and started attending the wonderful Townsville Folk Club. Here I met Kenny Evans and he introduced me to the Brisbane Folk Scene.

In 1983 I moved to Biloela (little music but occasionally Rantan would drop by for a concert which was always enjoyable though (I won't mention the Chad Morgan Concert!) and when I came back to live in Brisbane in 1984 I found a ready made "family" of friends who took me under their collective wings and made me very welcome.

Those were the days of the Exchange Folk Club on a Saturday afternoon followed by great parties at Bob the Bastard's at Manilla Street and other places that have long since disappeared into the haze of days gone by.

Somehow or other I was involved in the Steering Committee (in 1986 I think) for the last National Folk Festival held outside of Canberra, which was held up at Kuranda.

When the submissions were received for locations for the Festival amongst them was a fabulous one from the Folkies at Maleny and, as they say, the rest is history! It was decided to hold the National at Kuranda but to have a smaller festival at Maleny as the possibilities seemed to be to wonderful to miss - and we certainly all know how wonderful they were and they certainly were not missed.

In November, 1990 Stan Arthur decided, once again, to try and get another Folk Club going in Brisbane and I became a permanent fixture on the door of the Club which started at the Café undeMetro the Arts Theatre in Edward Street and had various homes before finally coming to roost at the Kookaburra Café at Paddington. I try and get along to the Kookaburra every week as, without my weekly dose of "Folk", I feel unfulfilled. I went overseas in 1998 for three months (and this time without music was very difficult) travelling to the west coast of the USA, including Alaska and Canada as well as to the UK and Switzerland.

I've had various attempts at learning to play an instrument, the first back in my school days - the piano lessons and the dreaded scales - never any pieces to play for Mum and Dad! I have since had guitar lessons (my Mother laughed so hard at the figure I cut I've never tried again), piano lessons and the last disaster - whistle lessons! I've failed at all because I'm basically dreadfully lazy and won't practice.

I love ALL folk music (Australian is my favourite but we don't seem to hear much of it these days). However, I don't know many songs right through, or their titles, or their authors, but I am content to go along to all the musical events I can, drive everyone mad with my incessant whistling and join in the choruses when no-one can tell it's me (I hope).