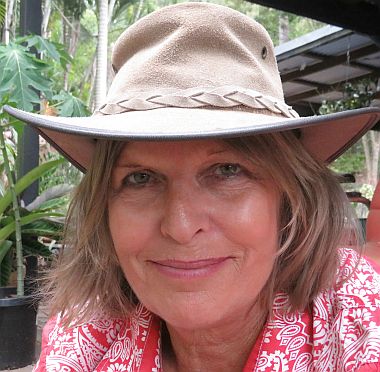 I was born in Brisbane after Mum travelled to Australia from NZ on a working holiday where she met my father in Maroochydore, his family had a farm on the old Coolum Golf Resort land and supplied fruit and vegetables to a nearby army base, he and his brothers were sugar cane cutters and dad was a member of the Coolum Surf Club who once rode his bicycle to Brisbane and back. When I was two we moved to the South Island of NZ and eventually made it to the seaside town of Timaru, a major port and agricultural town in the South Canterbury region, Mum worked as a primary school teacher and a passionate ragtime stride piano player who played in many dance bands, she produced the musicals at school and played with her good friend and double bass player for 35 years.

Dad was a baker/pastrycook who made great pies and xmas cakes, he raised a productive vegetable garden, rode a Vespa and liked his country music.

We had lots of relatives who lived close by and they all had a piano plus a vege garden. There was a lot of singing of the old American Civil war songs at my Uncle and Aunty's farm where I spent a lot of time, we rode horses, fed baby lambs and rafted on the Pareora river. Of course mum was determined I take piano lessons, which I did until I walked out after too many raps on the knuckles with a ruler. Dad was waiting for me when I got home, he was good at that.

I loved listening to the radio at night and remember the Peggy Lee song Is that all there is being played only minutes after the announcement of the assassination of Robert Kennedy in 1968. I will be always be grateful we didn't have TV till I was twelve. Timarus main attraction is Caroline Bay where they've held a Carnival every summer holidays since 1911, I saw some really good musicians there including Russell Morris, The La De Dahs (Kevin Borich) and was particularly inspired by BLERTA a kiwi troupe of actors and musicians who toured around New Zealand and Australia in a red bus. My dear uncle Athol was very happy when I performed there in 2008.

Took up surfing when I was 14 and soaked up the culture, I wasn't particularly good at it but it was a time. One day I went to my friends house after school and heard her sister playing these amazing chords, turned out to be minors and altered chords, I was hooked. Mum and Dad bought me a guitar and the owner of the music shop made me an offer that if I stripped and painted his trimaran boat that would pay for my stereo, my friend and I finished it 3 weeks later.

Left home and moved to the mountains at 17, firstly to Milford Sound where I got married and worked for the NZ Government Tourist Bureau then later settled in the Mackenzie district at Lake Tekapo where my 2 children were born, we skated on the frozen lake, I took up spinning, pottery and learnt to ski, known to have the clearest night skies in the world it was a beautiful place to live.
Four years later I sold my 12 string and we crossed the Tasman to Brisbane.

My still current K.Yairi guitar was bought in 1983 and soon after we formed a band called 'Soul Agents', had our first regular gig at the old bakery in Paddington and played on Sunday arvos at The Samford Hotel which came to a sudden halt after some bikers turned a police car on its side. I had a good time playing bass in a 3-piece at the Newmarket Hotel for a few months and some time later came the Big Banana Blues Band with Peter Wells on guitar and various other players, fun doing the 4ZZZ live radio show and won't forget hiding a Qld supporter in our bandwagon at the end of a State of Origin night at Broncos when NSW lost.

Later I was fortunate to take piano lessons from Brendon St.Ledger and consequently completed a Diploma of Jazz Studies at the QLD Conservatorium of Music in 1993, thrown from a horse a week before the course started put a spanner in the works for a few weeks, had some amazing lectures with Don Burrows, Wiley Reed and American guitarist Herb Ellis, Composition and arranging was my favourite subject, transcribing instrument parts came in really handy for the many charts I did later on.

A convenient tool has been able to record lots of songs on my Yamaha MT4X 4 track and consider myself lucky to have had some good musicians often contribute, also for Mark Smith's recording prowess in the studio and for the valuable interest and input of Tony Mockeridge. Took guitar lessons and did some co-writing with 'Swing Masters' guitarist Cliff Stoddart round that time then bought myself an Ensonique SD1 32 track sequencer which was a challenge and a godsend for composing.

In the late nineties my daughter (Billie-Lee Baker) and I formed a duo called The Girl Thaing, we busked in the city on Friday nights and a couple of years later got a little bit country performing at the Urban Country Music Festival and Songwriters Cafe a couple of times. Released my alt.country album This Fire in 2007 and soon after met Jeff Austin our current drummer whom I continue to enjoy playing with along with David Hall and Tim Kemp.

Mum has always been particularly good at playing the blues and fortunately it has rubbed off on me,
Last year (2016), I began playing the piano again and look forward to working on a new blues album down the track… Happy Trails