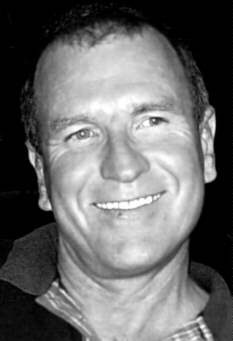 It was funny, watching the people in the streets below going about in jackets and jumpers when, to me, the weather was quite balmy. It was more stuffy than balmy in the hotel room.

It was winter, 1971. I was up from Sydney with a bunch of bandits from Rupert Murdoch's The Australian. He was going to produce a Queensland-based daily newspaper (tabloid) and wrap it around the national broadsheet. The 'wrap-around' Australian. I was a third-year cadet journalist, happily into free room service and TV, while most of the rest were uproariously into the free bar and restaurant tab.

One of them, Cliff Baxter, was an old Brisbane boy (about 40, then, I suppose). Dear old Cliffy. He'd assured Mum and Dad at the airport: 'Don't worry. I'll make sure nothing bad happens to him' and, a week or so later and true to his word, he steered me out of TV-and-room-service land and into the old Folk Centre in Ann St. I never watched TV again. Here was a place filled with music, passion, energy and life; a place where people were turning the dreams of their hearts into music and song and a transforming, uplifting magic. Here was a place where I could begin to learn and practise that same expression.

I wasn't entirely a stranger to the scene. My oldest brother had been a member of The James [after Jesse] Boys (bass, banjo and guitar and not dissimilar in sound, style and dress to The Kingston Trio ) in the burgeoning Sydney folk scene of about 10 years earlier. I'd inherited his cast-off Bellini plywood guitar and started playing and singing songs from the songbooks that The James Boys had lying around (and whose subsequent disappearance would no doubt have hardened folkies today blubbering into their pint-pots).

The love of music must have been in the blood. I grew up in the baby-booming, mostly Housing Commission Sydney suburb of Bexley North, the third of four brothers. My mother loved dancing and music with rhythm, and my father loved singing and whistling. I guess their music constituted the beginnings of my musical education. Informality remained the keynote. (In Bexley North in those days, most people were working class and busy bringing up large numbers of unruly children and trying to make ends meet. Dads worked, Mums didn't, and the kids, by and large, were left to make of things what they could.)

The folk music of the day was called popular music. It harked back to between the wars and even earlier. That was the music that Mum and Dad loved. My oldest brother, however, was moving into other territory: jazz and classical; orchestral; a bit of rock and roll; the rising wave of 60s pop and, with it, the folk music revival. I listened to all of it; I loved all of it. I most especially loved the rising wave of 60s pop and the folk music revival. That music, those artists, those songs opened up for me a world within; touched a chord in my soul that reverberates just as sweetly even now...

I was at the Folk Centre every Friday, Saturday and Sunday night and, before too long, like many others, partook of Stan and Kathie Arthur's welcoming hospitality and friendship. I met and became friends with many other like-minded souls; got to see and hear more singers and musicians than most people, I suppose, would see in their lifetimes. That was where I first performed in public — with my younger brother, Stu ('Are you standing up or would you like chairs?' asked Alan Knox, who was MCing. 'Chairs, please'. We could only just manage to walk [from the terror]. We couldn't have stood up to save our lives.) Got to play with The Wayfarers eventually (like many others)...

About 15 years later, I was living with wife, Kate and little family getting bigger on a multiple occupancy in Northern NSW. I sat down one afternoon with a neighbour, Michael O'Halloran, and we sang an Everly Brothers song in perfect two-part harmony (as you do). Surprised and inspired, we worked up a dozen or so songs and, not long afterwards, made our debut performance as The Slimy Brothers at the Rock Valley hall in support of The Starving Plunderers (what a name!).

The Slimy Brothers played many and various gigs around the district for a few years, then we retired (except for the occasional outing just to keep our hand in) and just sang and played music on Thursday nights, usually at Mick's house. We harmonised anything that wasn't nailed down and I learned to flat-pick (more or less). Mick wrote songs incessantly (still does)...

About three years ago, I moved with Kate and the kids to Ipswich. I knew Stan Arthur was still singing at the Kookaburra Cafe in Paddington and went up there with me old mate Jack from the Bexley North days. Stan looked at me, and then looked closer. 'Is that you, Rossie?'

Someone said how time had flown. But to see those same lovely faces, as full of life, intelligence and good humour as ever they were, it was as if no time had passed at all. I think time's a bit of a hoax, actually; a kind of morbid fixation that acts to diminish our appreciation of the treasures of life beyond its reach — such as friendship and the love and enjoyment of music, among a multitude of others.

In the end, what a church this is, where people get together and sing and play and listen for the sake of a glad heart. And what is there left to say except thanks for the music, and thanks for the company and, above all, thanks for the little coracle of my life, wherein I sail and can know and appreciate such things.