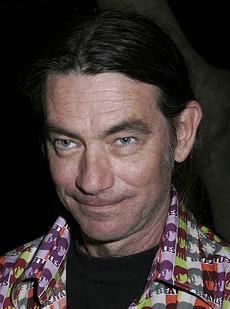 I was born in 1958 in Sydney where I lived until moving to Adelaide in 1978. I grew up in a musical family. My father was an industrial chemist whose hobby and passion, amongst other things, was music. He wrote music for, and conducted, brass bands and an orchestra he formed with his work colleagues. I fondly remember as a boy going to musicals he conducted with the local amateur dramatic society (Oklahoma, Annie Get Your Gun, Salad Days, etc). Our record collection at home was eclectic, ranging from dad’s classical music, mum’s jazz and Glenn Miller, and my sister and brothers’ 60’s pop music. In particular, the Beatles are forever my heroes. I remember when they came to Australia in 1964, it was a very wet day so my sister and I had the day off school and listened to Please Please Me. All new Beatles releases came to our house as soon as they were released.

I began my musical training at age 8, piano and violin with the nuns. I am forever grateful I had this grounding, including music theory. At 12, my brother (John) introduced me to the guitar, which I took to like a duck to water. John came across an old classical guitar record, which I played over and over.

During my teenage years I progressed with classical guitar. This was also the era of Led Zeppelin (still one of my favourite bands), Deep Purple and the so-called progressive rock. I started playing electric guitar in garage bands with my school mates. Apart from John’s Bob Dylan and Peter Paul and Mary records, my exposure to folk music was yet to come. At a record shop I came across a Bushwackers album , I can’t recall which one, but I was intrigued with their clever folk-rock sound. In particular, their version of The Streets of Forbes was a knock-out, and I started learning this and other tunes. I came across the Overlander Song Book and studied it, even writing classical guitar arrangements to some of the songs. Back then I didn’t have much vocal confidence, but used to sing along (when no one was at home) to Jethro Tull’s Thick as a Brick.

In 1978 I went to Adelaide and did B.A Music degree at S.A.C.A.E. As much as I adore the music of Mozart, J.S. Bach and Vivaldi, the freedom of expression that folk music offered was a great release from the confines of classical learning. My house-mates had lots of folkloric records, including Steeleye Span’s Below the Salt which I regard as perhaps the greatest folk-rock record ever. Every Friday night we dutifully went to the Cumberland Arms, a lovely old pub which had a chalk-board room. I clocked up enough courage, with the aid of Coopers Stout, to perform Streets of Forbes, and some Pentangle arrangements, plus songs from the Overlander. Those were great fun times. We went to bush dances and did the folkie circuit.

All this was to change, however, with the advent of the punk/new wave movement. Folk temporarily stepped aside as the excitement of this bizarre new music swept us away. Talking Heads and Ska was the sound at every party. For a while I was playing in spiky-haired bands influenced by these new groups. As the 80’s progressed, the sound softened and World Music came to the fore, particularly Paul Simon’s Gracelands album.

1990 and I traveled to Brisbane where some theatre work awaited. Myself, Bill Rough and Annie Lee, formed Trio Lampooni, a satirical street-theatre group. Bill excitedly announced we were accepted into the Maleny Folk Festival. New to Brisbane, I’d never heard of it and didn’t know what the fuss was about. Whoa! That was one of the most exciting experiences of my entire career! I have performed in many different guises at Maleny/Woodford festivals and have, like many of us, seen it grow into the enormous event it is to-day. I have also had the joy of performing at y’agubi, The Dreaming, and most recently at the Canberra National (with Bloke-apella). Over the last decade I have also conducted or sung with the Combined Unions Choir, Songlines and Canto Coro, all of which have strong links to the thriving folk scene. I have done 2 tours with Lenko, a small ensemble lead by Mark Dunbar, specializing in Greek/Italian/Latin/Irish folkloric, performing to mostly Greek and Italian communities in Nth Qld. I could best describe my style as anywhere from classical/folkloric (guitar and vocals) to satirical (Bloke-apella and Absolutely Scandalous) and spoken word. I have a C.D. of original compositions Songs Without Words plus CD’s Molly’s Dream and Blokes Sound Off, and soon to be released comedy material.

I’ll conclude with a quick travel story. In 2004 my partner Janelle and I spent ten days driving around South-West Ireland, searching for trad. sessions. What we didn’t know was that a major music festival was being held at Clonmel, the very town I went in search for my ancestral roots. There was absolutely no accommodation available and by day there was no music. So we continued on our journey only to find out that every musician in Ireland was at Clonmel. There were virtually no sessions to be found anywhere! Timing! We did, however, come across some fantastic gypsy street music in Berlin, did a Beatles tour in Liverpool, and visited J.S. Bach’s church in Liepzig. All was not lost! In 1989 I heard some gospel music and the Neville Brothers in New Orleans, a brilliant Irish harpist busking in the London Underground, a gypsy trio on a train in Madrid, and I got seriously lost in some jazz bars in lower Manhattan!

My musical journey would never have been complete without the folk experience, the friends made and interesting people I have met, and of course the wonderful diversity and styles that folkloric music embraces. For the future I just want to keep performing and discovering new ideas.