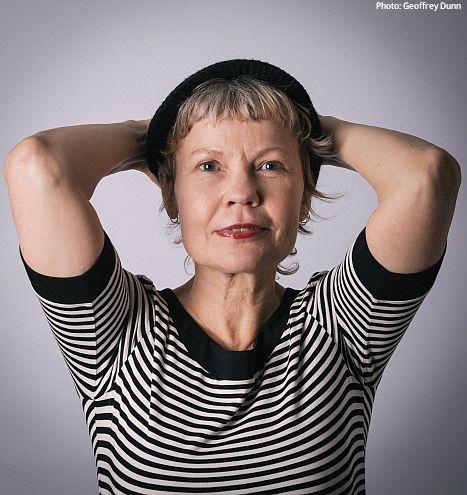 Michael asked me to write a profile piece, I agreed and he said write down your earliest music memories and go from there so here goes…

I remember my father singing to me before I went to sleep. I was probably 3 or 4 years old. He had a bedtime song he wrote where he went through all of my sibling's names saying bye zi bye to each of us and then ended with my name. As I got a little older I remember singing on long car rides from North QLD down the old 2 lane pacific highway to the Sunshine coast. 10 green bottles, Simon row the boat ashore, This old man. My mother played classical piano and sounds of her playing would float up the stairs in the mornings. My 2 sisters were both ballet dancers and we had a lot of musicals on LP's so I pretended to be Oliver Twist singing along to the LP's Please sir I want some more and Where is love?

My mother had a car accident when I was 7 and sustained a severe brain stem injury. She was wheelchair bound after that and could no longer play the piano or sing, or dress or bathe herself. My father sold the piano before she came out of the hospital and the household attitude to music changed. My mother loved Edith Piaf and Nana Mouskouri and the record player in my parent's bedroom was often spinning with the sounds of these passionate voices. Other voices I remember were Oum Kulthum and Yma Súmac, Eddie Cantor, classical records and big band jazz.

Music was always around me, but it was not something I thought I could do. My dad is a doctor, (a psychiatrist) his brother and sister were both dentists and his parents were both doctors (pretty rare in the late 1800's)… so with my mother no longer having a 'voice' in the raising of me, I didn't make any actual moves towards being a singer and a musician and a songwriter until I was in my twenties. I barely finished school and I would have to say that the drive to make music has been the one thing that has defined and sustained my life.

I left Townsville to go somewhere where no one knew me, and to recreate myself as a 'singer'. Canberra was my first stop, for 18 months, because I had a sister there and because someone I met in a touring band told me that it was a good place to go to start a band. Then I moved to Sydney where I dabbled in singing and writing lyrics and melodies for a bit before deciding I was going to be a 'street singer' like Edith Piaf. So I went off unemployment benefits and sing on the streets of Sydney, solo acapella. in Kings Cross, Central Station, Paddington Markets, Martin Place. Sometimes I hooked up with other street musicians and we formed little impromptu bands. After a few years in Sydney, I met a guitarist and composer Greg Reeves and we formed a songwriting partnership and Greg wrangled a bunch of us into a wonderful band called The Cavers. The original group formed to perform in Abercrombie Caves. I went off to NYC for 6 weeks with the drummer of that band (Hanuman Das, a native New Yorker, and a member of the Flying Emus and Gian's band for anyone who remembers those folks) to shop our demos. 6 weeks turned into 6 months, and by then I knew I needed to live in New York City to grow and develop as a musician and a person. So I moved to NYC. Greg Reeves moved over 6 months later and we continued our songwriting partnership and created a NYC version of the Cavers. We played many of the famous and iconic clubs of NYC including CBGB's, The China Club, Cafe Sine, The Bitter End, and we recorded a bunch of demos. I left the band a few years later and went "solo" at 30. I learned to play the guitar and write songs on guitar really just because I was frustrated. All the other guys in the band were married and had other commitments. When I first started playing solo shows in New York City, I could barely string 2 chords together on the guitar, but I did it anyway.

Shortly after I left the Cavers I got a manager and made my first CD in NYC with some amazing musicians and producers. I played some high profile gigs, had lots of 'meetings'… your people talking to my people etc and then I went to Austin Texas to perform at SXSW (The South by Southwest® (SXSW®) Conference & Festivals).
When I flew into Austin Texas I started crying, I don't know why, but I felt like I was coming home. I had never been there before. The people in Austin welcomed me with open arms and open hearts and every person I met said "you need to move here" So I did. I lived in Austin for 15 years. I was married to a Texan musician for 14 of those years. I made a few more CD's, toured, performed at some great festivals, played a lot of music, wrote a lot of songs, taught singing… had a good life, until I didn't anymore. That's another story for another day.

I lived in NYC for 8 years and Austin Texas for 14 years. I didn't expect it. I fell in love with an Australian and moved home to Australia 3 and a half years ago. I didn't expect that. I have made my home in Canberra with my husband, 2 step kids and 2 dogs. I didn't expect that! I am about to release my 6th CD, (September 23rd, 2016) my first Australian made release. It's called A light from the other side. I made it with Greg J Walker in Victoria. (He produced the last 2 Paul Kelly CD's and a heap of other stuff) It is a beautiful body of work. I am a "music lifer". I call music "The disease there is no cure for". I imagine that I will be writing, recording and performing into my 80's and maybe into my 90's if I get lucky enough. Thanks, Michael, for all you do for music and for keeping the flame of 'The Folk Rag' burning.

Sign up on the email list for a chance to win a fab music pack that includes a signed copy of the new CD, a tee-shirt, lyric book and chord tab book.