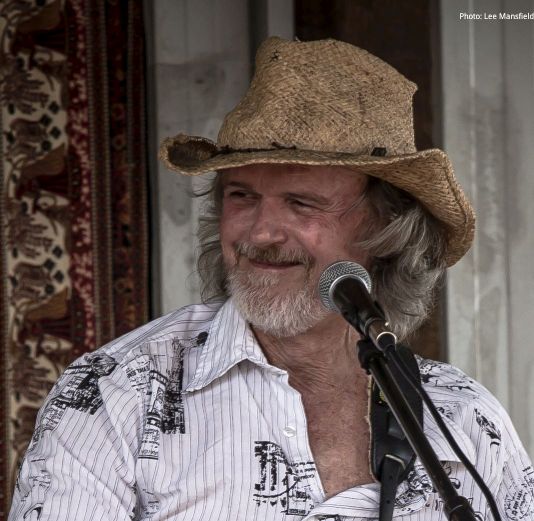 One of my earliest musical memories is sitting in the back seat of the family car, on our way to see a drive-in movie and hearing Dad singing along to Blue Suede Shoes which was pumping out of the radio. (Well it's a-one for the money!) Dad and Mom both loved music. When they were young lovers in the mid forties they had been keen dancers and their favorite dance was the Jitterbug. Mom had played guitar and sang with a girlfriend as a teenager. Dad had played mouth harp since he was a kid in west Texas. Although they didn't continue with their own musical pursuits, our house was always filled with music courtesy of the radio. Their tastes ran to contemporary music so being a child in the 50's I got a good dose of Elvis, The Everly Brothers, Johnny Cash, Peggy Lee, Marty Robbins and so on.

When I was 9 years old a music teacher came to our elementary school and demonstrated a variety of instruments to the students, trying to encourage us to take up a woodwind or brass instrument. When he demonstrated the trombone, playing some amusing little piece that featured dramatic use of the slide – I was hooked. That night I went home and announced around the dinner table that I wanted to take up the trombone. My parents were a little shocked, but pleased that I was showing an interest in some kind of extra-curricular activity. I think they were worried about me because I had resisted all appeals to join the Boy Scouts and other outside activities.

They bought me a trombone and I began taking lessons from the school music teacher. To my delight, it came easy to me. I played right through junior and high school. I was in the brass band at school but also played in orchestras. I played in so-called "Pep Bands" in high school which featured largely at basketball games. Our ensemble consisted of two sousaphones, two saxophones, two trumpets, two trombones, and a drummer on a kit. We played old favorites like Sweet Georgia Brown and Midnight in Moscow. We also played current pop hits. We did a kick-ass version of Cream's Sunshine of Your Love – for example. In high school I also learned to play the baritone and the sousaphone and filled in where necessary on those instruments. I had an absolute blast playing trombone. In my senior year bands like Chicago and Blood Sweat and Tears burst on to the scene and I longed to play in a band like that. Alas, it never happened.

When I graduated high school I pretty much stopped playing music and concentrated on my running career and university. I had been offered an athletic scholarship for Track and Field and Cross Country from a local private university in San Diego and that pretty much consumed my life for the next four years. At uni I studied for a double degree in sociology and psychology.

In my twenties I lived with a few flatmates who had guitars and I began to teach myself a few simple chords. I liked to sing, but at that stage, I was far too shy to sing anywhere but in the privacy of my room. When I was 26 my sister gave me an inexpensive, but quite serviceable, nylon string guitar and then I began to learn in earnest. In 1979 I did a sort of vagabond/hitchhiking trip in Europe and I dragged along this guitar, even though I was just a beginner. I met my first wife in Lisbon. She was an Aussie. We ended coming back to the USA together and were married in 1980. She was from Adelaide and in May of 1980 I emigrated to Australia.

That marriage crashed and burned in late 1981. I left Adelaide and moved up to Tweed Heads around Christmas 1981. On my birthday in 1982 – three years to the day since I had been given my first guitar – I did my first paid gig as a solo singer/guitarist at The Mexican Gardens Restaurant in Coolangatta. For the next nine years I played gigs wherever they would have me, mostly around Byron Bay. I had developed a taste for acoustic West-coast style musicians and groups. I loved Crosby Stills and Nash, Joni Mitchell, James Taylor, America, Phoebe Snow, The Eagles, Gordon Lightfoot and the like. I also liked rock and roll bands such as The Doors, Cream, Steely Dan, Steppenwolf, and Led Zeppelin. Growing up in San Diego I was also fortunate enough to be able to listen to the Wolfman Jack radio show (he broadcast out of Tijuana – just 30 miles away) so I learned to love soul music, particularly the likes of Stevie Wonder, Aretha Franklin, the Supremes, Sly and the Family Stone, James Brown, Ray Charles, and the like. Without a doubt, my favorite band of all time was The Beatles.

My parents liked live concerts and they took me to see Ray Charles and Elvis when I was a young lad. Even as they got older, both my parents had a pretty open mind about contemporary music and were not stuck in the 40's and 50's like many of their generation. My mother, in her mid-eighties, was listening to Eric Clapton and BB King. In retrospect, I had pretty cool parents from the purely musical standpoint.

Liz and I met in 1992 in Byron Bay and were married two years later. Liz was the first partner I had ever had who could sing and was into music as much as I was. We began singing together nearly as soon as we were an item. Back in the 90's we were both heavily involved in the 'Performance Poetry' scene. We did a poetry tour with several other Aussie poets across America in 1994. We received an Arts Queensland Grant in 1996 to tour rural Queensland with a music/poetry show and run creative writing workshops. This we did. We were very active in the late 90's writing and performing together. We both launched books at the 2000 Brisbane Writer's Festival – mine a novel and Liz a book of poetry.

In 2000 we purchased a 9 acre block of land in Greenbank and set about building a house. Creative pursuits went out the window for a few years. Around 2006 we began playing seriously again with a local piano accordionist as a trio called Cathouse Creek. This lasted about five years. We played mostly alternative-country music which was a departure for both of us from what we had done previously. Liz took up the autoharp and I the tenor banjo around this time. When Cathouse Creek folded, Liz and I continued on our own under a new name: Swampfish.

Now that we're getting a little long in the tooth and don't have the energy and drive that we used to, Liz and I have pulled back from chasing paid gigs so much and have tried to content ourselves with just enjoying our time playing around the local Brisbane Folk Scene. I've had a ball playing music since I was 9 years old and can't imagine my life without the sundry musical experiences and friendships generated out of those experiences that I have been fortunate enough to enjoy. It has all been a great blessing and I really treasure the journey. And it ain't over yet!