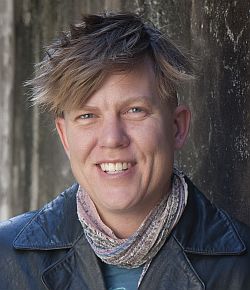 I was born in 1972 in a town called Guelph (rhymes with ‘elf’ with a ‘gw’ at the start), Ontario Canada, which is known as the ‘royal city of music’ due to its large numbers of musicians and music festivals.

I can’t claim to be a musician myself, having only just barely survived Grade 9 music with my not-so-loved clarinet, that belonged to my dad when he was a kid. I adopted it because my brother took the trumpet, and, to be honest, it was the lighter of the two instruments I had access to. Needless to say, after completing my compulsory music class, I put that clarinet back under the stairs, never to inflict torture on my family again.

I did grow up listening to music, with my earliest memories being of The Beatles, John Denver, Gordon Lightfoot and Willie Nelson. Dad also liked to throw in a bit of Johnny Cash into the mix, and a lot of Elvis. My first tape was the Mini-Pops, though I probably shouldn’t admit to that one publicly.

I then evolved into the stereotypical high school love of 60’s and 70s rock ‘n roll - Pink Floyd, The Who, Rolling Stones and the Grateful Dead, all of whom I’ve managed to catch on stage at some point in my life (I swear I was born in the wrong decade!). I was also deeply enamored with U2, Neil Young, and random indie music I was exposed to by my friend’s brother who worked in the legendary Sam The Record Man in downtown Toronto – he had all the cool music, from The Pogues, Wedding, Parties, Anything and Ruby Blue, to bands so obscure even I’ve forgotten them.

In university, I studied Physical Education, and then went to a college to study Outdoor Recreation Management in Vancouver. My intention was to help queer youth gain self-confidence by taking them into the outdoors and doing challenge-based activities, but by the end of the program, I realised the difficulties in attempting this as a career and decided to go to Japan and teach English, to help pay off all those years of education.

From the age of 17, I started going to the local community festival called the Hillside Festival. Each summer, I would volunteer for it, and look forward to it more and more, as I met more people, made more friends and danced myself silly on the island where it takes place. The community feeling of Hillside got into my veins, along with the incredible music that I was lucky to be exposed to.

After 7 years of volunteering on the gates, I finally got into the office admin team and found my niche, with volunteer management. I’d been hired to help the ticketing manager, but ended up spending most of my time handing the volunteer inquiries. With over 750 volunteers, there were quite a few to deal with. After that summer, I convinced the Board they needed to hire a person to coordinate all the volunteers and that that person should be me. In 1999, I became the first paid volunteer coordinator for Hillside. I was thrilled, to say the least, having created my dream job.

I mentioned Japan earlier, and it was in that same year (’99) that I got accepted by the JET programme to go teach English in a tiny fishing village in southern Kyushu. Great news, but very bad timing, as it meant I had to leave the same weekend as the festival. I did 4 months of lead up work and then handed over ‘the book’ to my chosen successor on the Friday afternoon. I then proceeded to say goodbye and have as many ‘last drinks’ with friends as I could before I got on the plane to Tokyo, rather drunkenly, I might add, at 7am the next morning.

A new life begins in Japan, and I fell in love with the crazy quirks of a traditional culture striving to be cutting edge in technology yet hold onto all the ritual and custom of days gone by. I struggled with the language, but luckily I had studied French from age 4, which made it a little tiny bit easier to learn a third language.

At an international women’s conference, I met Grace from Toowoomba, a dedicated Woodfordian who, after hearing me rave about Hillside, had her mum send over a copy of the Woodford programme book to give to me, saying ‘if you’re ever in Australia, I think you should check it out’. My eyes bulged at the programme, my mouth dropped and I said ‘Yeah right, Australia. As if!’

Not long after, my dad got diagnosed with terminal cancer and I rushed home to spend time with him before he passed away in 2003. At his funeral, everyone kept asking if I was going to go back to Japan. I had no idea what I was going to do next, but somehow, that seed of Woodford had been planted in my head and it sprouted out that very day, shocking not only my family, but me too. With a little bit of an inheritance, I found myself on a plane to the land of koala bears and Vegemite.

The adventure of Woodford for me began in the first week in December 2003. I called the office to offer my services to help the Volunteers Coordinator, thinking that I might be able to help after my years of experience at Hillside. After one hour of being there, and realizing how very similar the job was, I asked for a list and a phone, and got stuck into helping coordinate the nearly 2000 volunteers that made up the - Error! Reference source not found - Crew. It was mammoth, but after only a week of being there, I knew I had found my tribe.

I did the back and forth thing for 4 years, surfing the eternal festival wave, between Hillside and Woodford, until I was offered full-time work and the chance to work on The Dreaming. I struggled with the decision to leave Hillside, but have not regretted it since, feeling a sense of ‘home’ with my Woodford family and my newly adopted country.

Each day I get to work on this crazy festival is a blessing to me. It challenges and delights me to no end seeing the inspirational work of thousands come together for one incredible week each year. As corny as it sounds, I can honestly say that Woodford changed my life and for that, I am forever grateful.

I’ll see you on the dance floor.