Dabbling With The Dots

Let's begin with a story from Joy's mother: 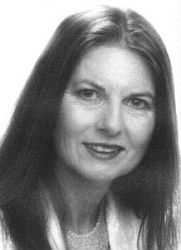 "Just prior to your third Christmas we asked what you wanted from Santa. Unhesitatingly you replied: 'A fife'. You had just seen a fife band parade so we knew it was a fleeting fancy. On Christmas morning you surveyed the presents we'd carefully selected, stated, 'He forgot the fife', and walked out the door. The following year your Christmas bag included a toy piano, black and gold whistle and tin banjo constructed mainly of Japanese post war ingenuity. You said. 'He forgot the fife again.'"

"I remember that", Joy nods, " I formed a pretty firm opinion of Santa at that time, but you know when I came home and said we needed a red and white tunic and fife for school? Well, actually the band teacher, said we needed them if we wanted to be in the fife band. "

"Don't forget my banjo mandolin", Dad calls from the other room.

"Hmm..."Joy ponders, " I do recall a cold winter night. I was huddled in front of the wood stove. You hauled out an old battered case and showed me an instrument you'd bought back in the 1920's and taught yourself to play when you were out in the bush. I seem to remember you played Swanee River all tremolo and went on to tell me a bedtime story about the bush animals Booraby and O. Possum. I really would have loved to have a go at that banjo."

I guess that was the start of Joy's lifelong on again, off again relationship with music.

The pendulum took a wild swing several years later when her grandfather sent over a pianola from the family home and Joy began music lessons.

"I think there was an expectation I'd be walloping out popular party pieces in no time at all but I was such a boring kid, I just loved the classics", Joy muses, "you'd plink away at those meaningless dots over and over then suddenly, like a bolt of lightning, a great sounding tune would emerge. It seemed that music teaching would be a great opportunity to share the thrill of discovering this magic language".

But life isn't always thunderbolts and lightning is it? Truthfully, when faced with something akin to putting your daughter on the stage, Mrs. Worthington, or a solid academic pursuit, what do you think most parents would choose?

"That was the only fight I ever saw my music teacher lose"Joy comments, "but at college as a consolation I chose music as a major. We had to learn guitar. I spent the whole term wondering what to do when your fingers were too short to reach around the neck. It took me over a decade to find someone who told me that you rip the old neck off, throw it away and make a more playable one. It didn't really matter though because we changed to clarinet the following term."

That guitar was probably where Joy started with folk music. Woodstock rocked the world and everyone was in the Age of Aquarius.

"I went to a pop festival at Southport" Joy recalls, "Can't remember any of the music but there was more sunburn per square centimetre in that crowd than on all the beaches put together."

"Dingy downstairs coffee shoppes, wine and cheese parties and singer/guitarists were all the go. There was so much choice. You could go to a classical concert one night, holler above Boney M at a disco the next and the following evening see all these weird people giggling over candles in coloured glasses at the National Hotel."

The next big musical leap for Joy came at the 1981 National Folk Festival in Brisbane. "There was a great variety of music"Joy recalls, " I remember being amazed how almost routinely artists came on stage, forgot the words and turned to audience for assistance, or a group would come on, set up and the first bracket comprised a band meeting to decide what should be played. It was the first time I experienced music as an equalizer and socialiser. I immediately went back west where I was working and ran the first (and possibly last) bush dance they'd ever had."

So you never became a music teacher then?

"Not at first, but years later when I applied for a secondary school teaching position with a view to teaching languages, history or economics, they offered me a post in the music department."

"It was at about this time that I met tune junkie, Julie McGonigal and my instrument creator friend, Dale Riddle came on the scene."

So what was the attraction with Dale then?

And was it repaired?

So it's taken around 20 years to get it fixed?

"...a message to all young musicians - never hand over your banjo mandolin on the first date".

"Somehow I slipped into the role of tune test bunny. Dale conceived and made things and if I could play them, anyone could. Over the years I must have had a passing pluck and bow at dozens of mandolins, banjos, citterns, psalteries, dulcimers and fiddles, not to mention the occasional bodhran bash. I guess that's how I came to play in the odd band . Not only were the bands odd, there was a fashionable penchant for odd names including Mozart's Wolf Gang, Hern 'n' Haggis and The New Christmas Minstrels. On a Saturday or Sunday afternoon, there were music sessions. At various times the folkies stayed one step ahead of the mainstream at the Story Bridge Hotel (4 different venues), The Port Office, The Stock Exchange, Gilhooley's, The Morrison and The Jubilee. Yes, there were festivals. Who could forget the Redcliffe Folk Festival featuring the cricket game Redcliffe vs The World? Who can remember it?"

A couple of years ago Joy finally made a move. "Seeing TAFE advertisements for guitar courses, I submitted an application to conduct a beginner's mandolin class. Initially the college indicated they would need a minimum of 12 enrollments to conduct the course so Dale set forth and made a dozen beginner's mandolins. Sadly the college feared that massed mandos would disturb the cake icing class next door so the idea was abandoned. I learned then the value of strategy... I should have submitted an application for beginning bagpipes and kept the mandos as a fallback position."

And what happened to the twelve mandolins?

"Oh, learners kinda gravitated to them and they played their ways into other hearts and homes."

And what of the future?

"Let's allow Mother to have the last word: 'Maybe one day you'll find something worth doing and stick with it'".