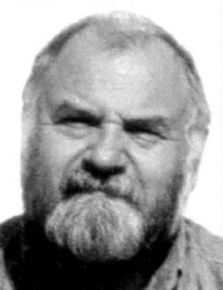 I was born in Motherwell , Lanarkshire, a steel town in central Scotland. Music was part of our life as kids. My Mother had sung professionally before she was married but had given it up as she considered show business not to be a fit occupation for a young lady. She sang mezzo soprano and played a number of instruments. We had an old harmonium and on Sunday afternoons she would press it into service, singing hymns and serenading the neighbours. Very often on Sunday nights there would be harmony singing when my cousins came over to visit.

My Father wasn't a musician, but he came from a musical family. He was a man of diverse tastes. He only ever bought two records that I remember. One was the Russian Orthodox Choir of Paris singing The Credo, the other being the Stones singing Satisfaction. He was a shy man and I only ever heard him sing once, after a great deal of coaxing. No, he didn't do Mick Jagger impersonations.

My introduction to the folk process came with Halloween, when we traditionally went round imposing on the neighbours and singing our party pieces, with blackened face and a variety of disguises. It was easier to sing when you thought people didn't recognise you.

My first recollection of singing in public was when I was about 12, when I sang Do not forsake me, Oh my darling, sung by Tex Ritter in High Noon. I was introduced to Irish rebel songs by my brother Tommy who used to have quite a collection of them on 78's. These were frowned on at home. Possibly because it was an offence to sing them in public or maybe it was because my wee Mammy came from a strict Presbyterian background. However, they were part of the culture in the West of Scotland where so many people came from an Irish background.

Though much of the music with which we were brought up was folk music we never considered it as such. It was just music. I first became aware of it as folk music on a programme on Scottish Television called Jigtime. This regularly featured a band called the Reivers with Josh McRae and Enoch Kent. I think that this was the first time I became aware of this type of music as popular entertainment. It was not to be missed on a Friday night.

In my teens I was introduced to the music of Frank Sinatra and Ella Fitzgerald by the sister of a friend. At that time Frank and Ella were at their peak. I've remained an avid fan ever since.

Come the early sixties I started to frequent folk clubs in the company of my good friend Pat Snee and his father, Tony , a man of acerbic wit, who influenced not only my musical taste but my sense of humour.

Pat , his brother-in-law, Gerry Duffy, and I formed a band which we called Cicada, at the suggestion of Tony Snee. This was the era of the Beatles and he was having a wee dig at us, although at first we didn't realise it. The band was short-lived but fun while it lasted.

I don't know if we always appreciated what we were seeing and hearing. It was possible to go to a club and hear people of the calibre of Luke Kelly, Mike Seeger, Stefan Grossman, Aly Bain or Alex Campbell. I first heard Ewan MacColl and Peggy Seeger in the Commercial Hotel in Hamilton, little realising who they were. I couldn't get enough of it. Sometimes I'd go in on the last train to Glasgow on a Friday night with a mate of mine called Bill Kenny to go to the Glasgow Folk Centre and cadge a lift back out of the city with the morning paper truck. This didn't get me home till about five o'clock. I was working in the steelworks at the time and often worked on Saturday mornings. As I opened the door I would be greeted by my mother's voice telling me that I was going to have rush if I was to get to work on time. To which I'd reply "Who's going to work?"She was not amused.

Soon after Margaret and I were married we went to see a Tom Paxton Concert in Glasgow. It didn't start till after 11 o'clock and finished at 1am. By that time it was impossible to get transport home. In true folkie fashion we drank the train fare and set off to walk the fifteen miles home. By a stroke of luck we got a lift with a rather strange taxi driver who was doing a return trip from the city.

Attending folkie venues came to a stop with the advent of the children. Kathleen, when a baby, almost ended up in the Clyde when her pram was tipped over at a festival at Grey Friars on the outskirts of Glasgow.

In the early seventies we came to Brisbane and found it difficult to trace the folkie community. After a couple of years we returned to Scotland and time was taken up with earning a living and raising weans. After five years we reckoned we'd had enough of the tropical sun and sparkling beaches of Scotland and returned to Brisbane. It was almost by accident we landed at the old Celtic Club in Barry Parade. It was there we met a bunch of people who were all larger than life. Tommy the Nark, Bill Anderson, Bernie Chenery, Jeffrey B. Jones and Mark Dalton, who all made us welcome. At this point sons John and David started to play in sessions and made the change from Iron Maiden to Maid behind the Bar. It was also around this time that we discovered the Maleny Folk Festival. Margaret and I sneaked off to the Festival without the kids and on our return were questioned about where we had been. The year after we didn't have the option of going on our own! The year after that John brought along the whole senior class from St. Peter Claver College.

Toni Wood introduced us to the wider Brisbane folk scene. (To those who do not know me I am not using the Royal "we". Someone once said, "There is no such thing as one guinea pig." Logans are somewhat similar. We very often travel in a pack).

I have always loved five string banjo. I suppose that's the perverse side of my nature. One of the first people I heard playing banjo was a lady called Hedy West whom I saw in a club in the sixties. She made quite an impression on me. It wasn't till about six years ago I started to get serious about playing banjo. I had an old Korean banjo that I bought from my brother-in-law some years ago. Jamie Witney informs me it is called a "Peesoshit".This I believe is a Hampshire term for something with which you're not enamoured. With his guidance and encouragement I got rid of it and bought another banjo, which I have been playing for about five years now. Remember, you read, "True confessions of a closet banjo player",first in the Folk Rag.

I suppose most people know me for my sporadic bouts of singing. I have no preference for a particular type of song or style of singing, though most of the stuff I sing is traditional. But I still occasionally croon Sinatra ballads to the shower rose.

Where am I going from here? I am singing in public next month for the first time in a long time. Now that I'm retired from gainful employment I'll probably sing a lot more than I have in recent years.