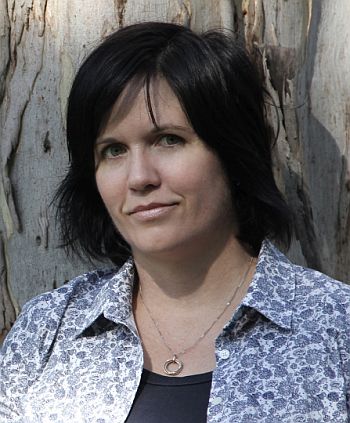 Most people in the folk scene probably know me as a bass player and backing vocalist but the bass came much later in my story. I started playing the family Hammond organ in Bowen when I was two with enormous headphones wrapped around my tiny head. Dad had performed as a bass player and keyboardist in North Queensland so we always had instruments and a vast record collection. I played violin from the age of eight and performed with the Mackay Youth Orchestra but didn’t have the discipline to pursue formal music training. It was in the school choir that I discovered the excitement of performing on stage and singing in three part harmonies. It inspired me to write my first song and experiment with multi-track recording using two tape recorders back and forth.

At fifteen I started playing guitar after deciding it was much cooler than keyboards. Each lunch hour was spent in the school music department playing and singing around the piano and exploring the instrument storeroom. Having never actually enrolled in a music class, I tuned the guitars and began working out chords. My parents cleverly concealed a new guitar in the back of the car for the 300km journey to my grandparents’ house that Christmas. It was the best gift ever and I shredded my fingers for the next few years teaching myself to play along with the Beatles, Billy Bragg and anything I heard on the radio.

My first gig was at an ABC festival in the Rockhampton Botanical Gardens while at university in 1993. I played guitar, keyboards and sang in an alternative rock band wearing my 'Doc Martins' and cut off army pants. We performed directly after Playschool featuring presenters John and Benita with the Bananas in Pyjamas and sent the audience of small children fleeing from our distorted guitars. That gig led to a regular spot at the Back Door Club at the Grosvenor Hotel. It was a fantastic introduction to the live music scene … and the dangers of entering a mosh pit.

I followed my bandmates to Brisbane in 1994 and spent the next several years completing my musical apprenticeship, playing the pubs and clubs circuit in a variety of bands, duos and as a soloist. The smoky, sticky carpet pubs of Brisbane were a bit wild in those days. Performing to the drunken masses and the bad behaviour that goes with it could be disheartening at times. I still never perform with my eyes closed! After meeting other musicians at a Redcliffe jam night I formed original band Deligi and we recorded an EP in 1999.

The bass playing began with the next band, Odd Girl Out, while recording another album. My Dad’s bass was borrowed for the purpose and I gave it a try. It was hard at first with my skinny fingers but was quickly hooked on the sound and feel. After that I acquired a lovely Fender acoustic bass that still in use to this day.

By the end of the year, I was touring in a theatre show across the USA with other musicians, dancers and poets and joined other acts on bass including Sunshine Coast band Mettaphor. I performed with them again on stage at the Woodford Folk Festival that year and we toured up and down the East Coast of Australia for the next few years and recorded an album. It was my official introduction to the folk scene and new audiences who actually wanted to listen to the music and I loved it.

My restless spirit took me to Darwin in 2002 where I initially packed mangoes in a humid tin shed during the build up season. Almost broke and exhausted I started performing at the Dinah Beach open mic and it became my favourite Sunday afternoon hangout jamming with the many talented musicians. Before long I had somewhere nice to live, gigs six nights a week and was hosting another open mic session. Thankfully I never had to pack mangoes again.

I moved to London in 2004 and became absorbed in the excitement and challenges of living in a big city. Many weekends were spent listening to the buskers at Brick Lane Markets or the amazing opera singers in Covent Garden. I took the opportunity to experience the cultures of Barcelona, Prague, Amsterdam, Paris, Budapest and Ireland.

Returning to Australia two years later I performed briefly in an all-girl rock band at a few festivals but I’d lost my passion to be on stage. The next several years flew by working in corporate jobs and travelling, but I really missed having a creative outlet. In 2012, I returned to university to study a Masters degree in digital design, handy skills for a DIY musician. I started performing my own songs at the West End Grill’d open mic night hosted by Angela Toohey and met a fantastic community of musicians and songwriters. Angela’s songs really impressed me so I joined in on bass and backing vocals with Suzanne Hibbs adding percussion, forming the Angela Toohey Trio.

The last few years I’ve been rediscovering the folk scene and performing at lovely venues and festivals including the BUG, Danish Club (FolkRag Old and New), Maleny Music Weekend, Neurum Creek, Redfest and Folk Redlands. I’ve also attended a few music camps for fun and inspiration and I’m always keen on a jam or singalong. I’m grateful for the opportunity to perform with many talented musicians over the years playing everything from rock, jazz, country, folk and swing but I’ve often neglected my own songwriting along the way.

This year marks the release of my debut solo EP, Contents Unknown (review link), recorded by Michael Whiticker at the Sound Space, and a new website www.jodimurtha.com. Since I’ve been honing my skills as a photographer and videographer so you’ll probably see me behind a camera at a gig sometime. I’m looking forward to writing and performing more of my own music, making videos, playing bass and supporting other musicians. I can’t imagine doing anything else now.