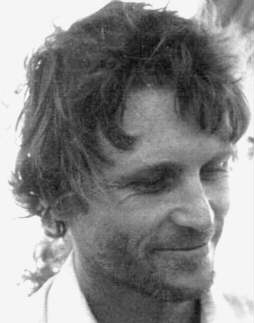 In late 1966 young mathematician, Mary-Lou Campbell , caught the boat to England, as many young Australians of that time did, to see the world and seek her fortune. Fate, as it often does, intervened and she was swept off her feet by a dashing young systems engineer named Don Cole (whose only record at the time was Rubber Soul). Within a year they were married. In 1968 she dragged him back to hometown Brisbane to face the family!.. A year later they were living and working in Sydney where their first child arrived. They christened him Jevan Garrath and an age-old tradition of weird and mis-spelt names was perpetuated. After another move to Melbourne, which heralded the arrival of number two and final, Martin Gordon , they moved again this time to Perth. A quick trip back to the Old Dart to see the other side and then a seven-day journey across the Nullarbor in an old Kingswood station wagon saw them settled (for a while anyway) in Park Ridge, a sprawling semi-rural suburb halfway between Brisbane and Beaudesert.

In between ferrying the kids to and from school, running a software development business with Don, ferrying the kids to and from school sports (soccer and cricket), looking after the goats, guinea fowl, dogs and donkey, ferrying the kids between weekend club sports (cricket and soccer), putting up with Basin St Blues and The Entertainer played very loudly by Don on the Campbell family piano, and keeping the two young lads from each others throats, Mary-Lou found a few spare moments to practice her beloved classical guitar. Some of this must have rubbed off as Jevan started pestering her for guitar lessons.

After hocking their house, Mary-Lou and Don were able to give the kids the education they really deserved at a prestigious Brisbane boys' school. Unfortunately all they got back were bad attitudes and a healthy disrespect for the idle rich. Luckily for Mary-Lou, a guitar teacher arrived in 1983 and Jevan's whining stopped. She promised him that if he kept it up for a year, she'd buy him his own guitar. A year later, Jevan approached Mary-Lou and said "I've come to collect my reward. I want a bright red electric guitar with single coil pick-ups and a whammy bar." She agreed (a deal's a deal) on all counts except the whammy bar ("there'll be none of THAT shit in this house thank you very much!")

So the next few years were spent putting up with Jevan playing KISS, Adam and the Ants, the Church, and Pink Floyd very, very loudly on his new bright red electric guitar. His brother, Martin had taken up clarinet and tenor saxophone by then, so between ferrying the boys to concerts and rehearsals for the school bands, (jazz, stage and orchestra), also weekend sports (cricket and rugby) and looking after the farm etc, his parents had their work cut out for them.

Finally in 1986, Jevan left school. A couple of months later he'd learnt all there is to know and left home.

In 1987, Jevan met Isolde Schaupp and decided to take up classical guitar again. During the next couple of years he did a few grades, went to uni, dropped out of uni, gave up classical guitar and discovered his Mum's collection of crusty old Tommy Makem and Liam Clancy records. He'd also started writing his own tunes for solo guitar. He began to haunt the Story Bridge Hotel to see Phil Manning playing every Thursday and John Malcolm every Friday. It was at this time that Mick Wells, Snowy and co were running an open mike, on Wednesday nights. With a bit of encouragement from Mick, Jevan got up and earned a beer.

Jevan was earning his real wage then by selling sandwiches door to door around the streets of Paddington. There were a few places sympathetic to his cause: the fellows at the Music Junction would let him kill time playing all their guitars (in return for special orders); while an old Dutch bloke at De Winkel book store happily gave his time showing Jevan round the folk music section of the store (they sold records too ).

By now he was playing in a 5-piece band. One Straw - Two guitars, double bass, lots of wind instruments and a hot young blues singer! Eric Stegman (the old Dutch bloke) was impressed (a bit). "Here", he said, "listen to this..." It was Pentangle . "That's the shit" thought Jevan . One Straw went on to record a CD and run the Freekin Folk Club for a year or so. (Well Annie Peterson did - the rest of us did what we were told and mucked up a bit).

Again Jevan dropped out. Mary-Lou and Don were beginning to think they'd dropped him on his head at birth by then. A few years later, Jevan was living at Mt. Nebo in a shed, a short stint in the Toothfaeries behind him. It was at this time he met a woman named Maia . When Maia introduced him to her sister, he recognised her as the old Dutch bloke's daughter and thus Maia was also. (Uh Oh.)

Jevan applied for and received a small arts grant to record a CD of solo guitar pieces. As this was being recorded he was employed to perform the music for a theatre production of Boccacio's 1347. One of the other musos on the job was Seamus Kirkpatrick . They kept playing together and still do. Some of their favourite gigs have been at big and small festivals (Jevan got to play while sitting next to Martin Carthy once and Seamus got to be polite to Roy Bailey on another occasion). Supporting Bert Jansch was a buzz, as was supporting Richard Thompson ... (tinny sound of commentator's voice: "he's dropped it - four in a row - that'll be costly indeed!")

At Woodford 00/01 they press-ganged a fiddle player called Jan Van Dijk into their service and he hasn't escaped yet. Together the three of them have recorded a CD of traditional songs and tunes called Crows Three . It will be released shortly.

Jan seems to share Jevan's passion for doing way too many things at once and they now play together in two other bands Ragged (with Jenny Fitzgibbon) and The Charlie Moorland Trio (also with Seamus ) as well as running a new/old folk club (Freekin again).

Mary-Lou now lives at Maleny with Don on a small property where she spends her time ferrying Don to Film Society meetings, spinning her friend's alpaca hair into wool, looking after the geese, veggie patch, dog, chickens... She was very happy to become a Grandma in 1999 at the birth of Jevan and Maia's first child Jacoby Bryn ... (it made her own son a bit more sensible too). Her second grandchild is due real soon. The old Dutch bloke's pretty happy too!