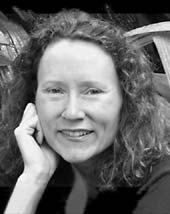 Throughout school I had the good sense (now all used up) to be a fit, sporty freak. Having finished every Enid Blyton book ever wrote, (by golly!), swimming followed gymnastics, quickly replaced by endless rounds of Dublin badminton halls. At least badminton wasn't chlorinated and wet.

I sang in the church Folk Group. That's how to defame the word Folk. It was my first experience of harmonies, then called seconds and thirds, even though what they meant by thirds was fifths and to hit a second meant ridicule. Very confusing. The only other folk music was of the diddley-eye, Nana MouseSkewery or Foster and Allen variety. At home I would escape up an elderberry tree in the garden, singing and daydreaming in its branches for ages.
I was the Dodger in Oliver Twist and the narrator in Joseph and his Amazing Technicolor Dreamcoat. "Of course your glasses didn't look silly with the genie outfit", they lied. A nightmare for word learning as I was addicted to leaving the words up to the others in the choir. I could recall them as the very first nano-syllable of each verse was voiced. I occasionally still have that awful feeling "what's the next verse!" as I draw breath to sing it...

Lots of people said "You've got a great voice, you should do something with that" as if the talent of a voice naturally came with an obvious path. The music played at home was the morning radio and a double cassette of Perry Como's greatest hits. At family parties I would sing She Moved Through the Fair, and Dad bought me the single Jennifer Juniper. My first vinyl, man.

I did have enough inborn sense to realise that Top of the Pops was unadulterated shite bur never knew how poor such a judgement would keep me. Mum sang a happy soundtrack to the housework and she was known in the hospital as the singing nurse.
At school I had to decide between Music and Art. The music teacher was a dragon. The art teacher was a knight. Five years in Art College followed and I became an Industrial designer, working in consultancies around Ireland.

I received a letter from a newly-suntanned, well-paid designer friend on a one-year working holiday in Sydney. One of my easier decisions. Hit Sydney in 1988, got great work but wanted to go bush. Hitched to Cape York with a pommy anti-Thatcherite name Sue who showed me that politics could include irony, satire and sore laughing muscles.

I landed penniless in Darwin, got a job, went to Kakadu where I met my first love and a bunch of great friends, and was hooked for eleven years.

Bronwyn Calcutt, Jenny Vuletic and a Frankie Armstrong workshop got me singing, and I met Alex and Richenda Bridge through several brave and fantastic Darwin Theatre Company shows. Then came a succession of a cappella extravaganzas, the legendary No Strings Attached being my favourite (Tony Suttor, Marianne Piercy, Paul Lawlor and Richenda). The Cumbia Muchachas was a salsa girlie fun band, the Stingers was an inspirational jazz harmony mob, Sweet Mermaids form Hell were gorgeous, and The Falling Angels got me writing parodies and wandering around Darwin with HUGE polystyrene hips, lace costumes and bovver boots. I was also enjoying singing solo and, oh-my-god, I had discovered the Woodford Folk Festival!! After flying to Brisbane three times pre-Virgin, I decided it was easier to move, and I could attend the POD more often.

My Darwin jobs were satisfying for the soul but couldn't fund my singing: Fundraiser for Community Aid Abroad, Publications Officer on a student magazine, admin. for the Environmental Defender's Office and the Darwin Community Legal Service. Both in work and in music I met people in Darwin and around Australia who helped me to grow up, open up and wise up!

In '98, I think, I discovered the National Folk Festival and have been fortunate not to miss a year since. It's like a national conference of the extended Folk Family, and the Troubadour Wine Bar is a cosy cloud of angels in the midst of festival heaven.

I visited Ireland again in 2000 and my wonderful parents lent me their car. Having been on a motorbike for eighteen years, I had never had a chance to drive around in a readymade but very short accommodation, and doing music too! I got to festival (verb;- to commune, share music and get really tired while going through a partly alcohol-induced experience, but not while driving, Mum) with my new folk family in Sidmouth, Whitby, Willie Clancy, Tubbercurry, Wexford and Fiddler's Green while barely keeping myself by busking in Dublin. I virtually camped at the Traditional Music Archives in Merion Square listening to original recordings of singers from around the country. I fell for a Maleny guy at Woodford and lived im that great town for nearly two years, getting my singing fixes with Raw Silk (with Richenda Bridge and Carmel Givens) doing smooth country folk harmonies, and Skadi (with Jacinta Foale and Stephanie Jayne) doing delicious Silly Sisters/mediaeval/jazz.
But the bright lights called....I wanted to play more with the treeskin.com webmasters Jevan Cole and Jan Van Jijk in Ragged and go out to more folk events. Luckily the ab fabby folkie funbucket Rose Broe and her two cuddly clever, circussin' blondettes had a room. Oh and chooks, snakes, a mango tree. Bush turkey, music...

I am having a ball. As well as Ragged, I sing with Tulca Mor on occasions, and will be recording soonish with them as well as doing another solo CD. I just got a real job too. I'm looking forward to Germany and Ireland from June to September, meeting up with the Cloudstreet mob in the 'Wesht' in July. There's an instant session with us three in any pub...just add Guinness.