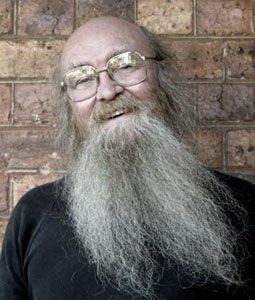 Long, long ago (1946) I was born in Launceston, Tasmania, and there I lived until I was 17, when I started wandering around Australia.

As a child I suffered Methodist church and Sunday school services. (Now you know from whence my penchant for mournful songs comes!) My maternal grandmother played piano and sang for the homeless/hungry/lonely folk at the City Mission on Tuesdays, and I went with her on school holidays. The songs were strong and stirring, despite being religious; a far cry from the rubbishy old Sunday fare. My mother was also a pianist, and I learned to play one-finger style sitting on her knee. Later, I enjoyed going through her music, particularly song books and sheet music for hit songs and musicals from the 40s and earlier. I did one year of music at high school, completing two years of recorder tutorial books in three months. But you can’t sing while playing a recorder.

At 17, I moved to Hobart to attend university, and discovered the only hard part to moving was packing a bag. So, after a long university career (one month) I moved to Melbourne, to a boarding house in Kew. I was walking down High Street in Kew one Friday evening, and heard this rather attractive singing from upstairs. I asked the long-haired scruff leaning against the door what was going on, and was told, “Folk club”. I paid my 5/- (I think that’s what it was – 1964, remember) and went upstairs to The Folk Attic, a room lit only by ultraviolet, and full of throw-down cushions and cigarette smoke. I loved it, and was a regular two days a week for around three months.

Early influences from there were people like Brian Mooney and his wild Irish rebel songs; Margaret Kitamura and her wonderful voice. One night I was sitting there, and a pair of legs walked in the door. I looked up, and it took me five minutes to reach her face! Margret RoadKnight had turned up to sing, and I still remember the first song I heard her sing: Sometimes I Feel Like a Motherless Child. (Her songs after midnight were somewhat different, and hugely popular, but she would perhaps not thank me if I mentioned some of the titles). This is all relevant, as you will find out later.

A year or so later I found myself living in a rooming house in Darlinghurst, and going to The Folk Terrace in Kings Cross. More early influence came from Alex Hood, who demonstrated that Aussie songs did not end with Botany Bay; Danny Spooner, (I still sing The Handsome Cabin Boy as a result), and Declan Affley, with yet more wild Irish songs. I bought myself a really fancy guitar (Jason Nevada, ten quid brand new, including gig bag), and a classical guitar tutor. Soon ditched the classical book, and started learning chords.

A friend who roomed at the same place did the same as me at the same time. Three weeks passed, and we had mastered three chords, if we sang slowly, and forgot all style. A new roomer turned up at this time, and asked us to play for him. We did, with great pride. He said the appropriate things, and asked if he could borrow a guitar. Well! Talk about brilliant! I do not remember his name, but I was later told he had come from New Zealand to play in competitions, and was considered the second-best flamenco guitarist in Australasia at the time. Even his scales practices (6 hours a day) were enchanting.

Back to Tassie, and my first public appearance was at The Wild Goose in Hobart, and later at The Copper Pot and The Lemon Tree in Launceston. I still get Tassie folk feedback from Launceston’s Alex Myers, and have remained a firm friend of Jon Fulton-Stevens who I met at The Lemon Tree. (Jon has performed at the Kookaburra, and wrote a couple of the songs I sing.) There were also a couple of concerts, Longford folk festivals, and many folk parties running red with cheap claret.

I met my first wife (in my mid-twenties), moved back to Melbourne, and dropped out of the folk scene. My only contact with folk again before coming to Brisbane was in Melbourne after my first marriage went to the wall (1980?), Jon and I went to a session at the Vic Folk Music Club, and I committed the unforgivable offence of telling a regular they had a tune wrong (not thinking of the folk process). The temperature plummeted, and we did not go back.

In 1980 my wife Susana and I were retrenched from our Melbourne jobs, and we moved to Brisbane. I telephoned the Council and the newspaper, but nobody thought folk singing was still alive in Brisbane. Around 17 years later (late 90s) I went to a recording session by Margret RoadKnight (told you we would get back to her) at The Healer. I told her about the Melbourne Folk Attic, and she was kind enough to repeat the song I first heard her sing. Her voice is as good as ever, with a little maturity added for good measure! This started me wondering why I had stopped singing, and a few weeks later I was offered the chance to do a couple of numbers at Twin Waters (think that is the name) while listening to a bar singer. So, dear reader, you can blame Margret for my return to singing!

Then, while setting up links on a website, I stumbled over a listing of folk clubs, and visited the Kookaburra Café at Paddington as a result. Whacko … the old-style folk club! Stan Arthur asked if I sang, and I mumbled something about being rusty. Nevertheless, I returned the next week with guitar, and have been singing there ever since, both solo and with The Wayfarers. I have also taken to regular monthly performances at ABOFOTS (Maleny) run by Paul Lawler and Richenda Bridge, two of the best voices in SE Queensland.

I have found singing to be a great tonic, and I intend to indulge in a lot more of it.