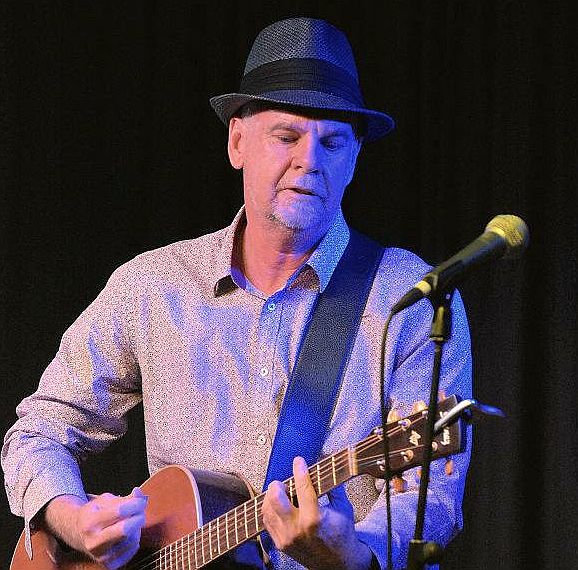 Growing up in Kingaroy, I think the first time music had a major impact on me was when I was about 13. A friend put on the latest Elton John single, Crocodile Rock, and I remember watching the record spinning around on the turn table and being captivated by the bouncing rhythm and catchy melody.

Next important moment was after playing for the local Colts cricket team. A fellow called Noel Mengel came over and told me he was impressed by my bowling. We soon became friends.

Noel introduced me to a huge array of music. I went from the Eagles to Bowie and Lou Reed pretty quickly. Jackson Browne and Ry Cooder were soon in the mix.

In the early 80’s, I moved to a share house at 21 Quay St, Inner City Brisbane. Housemates included Noel Mengel and Bass-playing wiz, Robert Pound. It was here I learned to play guitar, aged 20.

Quay St was an amazing house, with bands playing at parties in the back garden, and it was just a short walk to see bands in the city.

In the late 80’s I moved back to Kingaroy. With some basic guitar skills and a lot of enthusiasm, I formed my own band, The Junkyard Dogs. The band included my brother Rayner as singer, Murray Beitzel on drums and Ron Schmedes on bass. We played ‘Iggy and the Stooges’, ‘Lou Reed’ and the Doors at pubs and parties.

I had always liked folk artists such as Neil Young and Simon and Garfunkle, but a major moment came when I heard two iconic albums. Irish Heartbeat, which was Van Morrison playing Irish classics with the Chieftans, and Should I fall from grace of God by the Pogues. This kickstarted a passion for Irish music.

After a magic trip to Ireland I formed a Celtic Duo called Raglan with local folky, Vashti Bruyn. We were regulars at the Saturday Session at the Bomb shelter bar in Brisbane it was here we were introduced to the Brisbane folk scene. Vashti and I have played together ever since.

We now include in our repertoire Americana and Gospel Blues.

In the last 2 years I have started writing originals which has been a truly rewarding experience. I hope to have them properly recorded in the future.

For me the joy is in jamming with other musicians and the magic moments that sometimes happen.