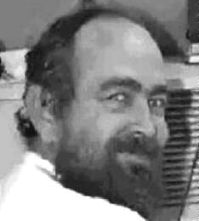 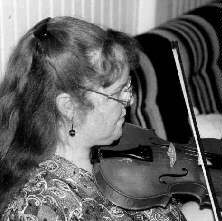 Gecko (Greg McGilvery) was born in Brisbane 1951,and grew up on the Gold Coast. His first brush with music was at the age of 3-5 years when he was taken to monthly RSL 60/40 dances by his parents. They were family affairs and Gecko has memories of running around trying to kiss the girls!

When he was about 12 he asked his father for a guitar and was told "No - don't be a poofter!" He did odd jobs, saved six quid and bought one himself; he was given a beating and had it smashed by his father.

He later learned that his father saved him a lot of pain - guitars of that type were totally unplayable and they usually turned people off playing. When he was about 16 he bought another guitar, gave his dad a beating told him not to be a poofter and left home. "Actually music is one of the reasons I left home and joined the navy."

Gecko spent five of his nine years service as a Tech aboard ships travelling in SE Asia and South Pacific, and a three-month stint in US. During his navy days, he and two friends started what must have been the first Gold Coast folk club (mostly six or so people at each other's houses listening to Bob Dylan records) He discovered Frank Traynor's in Melbourne and virtually lived there for eighteen months! The nearest thing in Sydney was the Wine Bar Circuit with performers like Margret RoadKnight and Julie Wong. In Sydney in 1971, Gecko hung around the edges of the Folk scene and did a bit of sound reinforcement work.

In 1975, Gecko left the navy and got as far away from the sea as possible by going to Alice Springs (The Rum-Drinking Capital of Australia, Gecko says) He fell into some bad company the like of Bloodwood. At the Alice, he went to his first National Folk Festival in 1980, after which he travelled to Broome and earned lots of money, returning to Brissy in time for the 1981 National Festival.

In 1980 his enquiries led to the Red Brick Hotel - missing the Folk Club by two weeks. He contacted Stan Arthur, met the Wayfarers and was told about the Barley Mow Folk Club. At the Mow Gecko met Katie Bestevaar, Peter Auty, Frank (Fizz) Ramsden, Phil Brown and thence basically the whole Brisbane folk scene and has never looked back.

Ronnie Neal was born in 1964 at Dalby, and grew up in Brisbane. Like Gecko, Ronnie had no family background in music, having just one year of piano lessons as a small child.

She entered the Folk scene early in 1980, and while a raw 17 year-old was taken down to the old Story Bridge Session, where she met Gecko, newly arrived from the Alice.

They started going out together, and Gecko dragged her to all the Folk Clubs and sessions. Nyree (and Wayne) introduced Ronnie to the guitar and mandolin. She took up both, and then the fiddle, melodeon and concertina, and as Gecko says "The rest is history". Ronnie had been bitten by the Folk bug and they have been involved ever since.

Gecko helped with sound reinforcement at the 1981 Festival, The Barley Mow and The Tar Pot at the National Hotel run by Bob & Shan Babinall. With Bob The Bastard, Gecko started the New Chum Folk Club at the Wickham Hotel, later run by John the Pom.

In 1984 a typical week was Monday night - you had off; Tuesday night - Morris dancing, St Mary's Hall; Wednesday night - Uni Que Folk Club; Thursday night The Tar Pot Folk Club; Friday night -The Barley Mow at Vulture St; Saturday - The New Chum Folk Club; Sunday arvo - Story Bridge session, then on to the Hub Club for a Bush Dance. How did we ever survive??????

Ronnie and Gecko moved to Toowoomba in 1984, jumping straight into the scene there, with Ronnie as president of The Toowoomba Folk Club for 4 -5 years, and Gecko as vice-president and involved with sound. There was lots of help from people like Joan Chenery.

Gecko got his first concertina - a Gremlin for $300 - his entire bank balance, rent and food money for the week but had to have it and they survived. Ronnie's big influence on the free-reeds was the late Andy Grant - at a session with Andy, Lionel O'Keefe, Cathy Duffy and Dick Halligan, Andy handed her an accordion and showed her how to play Home Sweet Home. Within two weeks of Ronnie pestering for an accordion they found an almost new Erica for $25 at the markets. Gecko reckons Ronnie is a lovely box player as well as playing anglo-concertina with great feeling. She tends to play the guitar like a mandolin, fingering melody lines and not worrying with the chords.

In 1988 they moved to Adelaide so Ronnie could do her honours in Psychology and then started working for a rehabilitation company in Adelaide. They both jumped head first into Folk there playing with the Rocky River Bush Band with Pete Thornton and Annie and others for two years or so.

They moved back to Toowoomba in late 1990 where Ronnie worked with The Commonwealth Rehabilitation Service and also Youth Employment Scheme, and later at Belmont Hospital as Consulting Psychologist in pain management - she is now a University lecturer in those subjects.

They returned to Brisbane in late 1991 settling here ever since. Gecko has had a few sound recording projects, and says it's time for the young ones to take their turn - he's willing to help and share his knowledge. He wants to sit back and relax - as he says "to play some music, have some fun and die in the arms of a young fiddler when I'm a hundred and three!.." A young fiddler..... "ah! someone about 80 unless there's a better offer!"

Gecko's appearance at the 14th Folkies Old & New Concert together with Ronnie, Mandy, Jeff and Josephine was only about the 12th time he's ever been on stage.(See our review of The Blow, Suck, Scrape & Pluck Band)

"Ronnie and I are session players. ...... we love it" he says - he's partial to Celtic reels on guitar, and plays English, Irish and Australian tunes on Concertina.

Gecko has been a computer buff since his early days in the navy, and he runs his own consultancy.

Gecko's first computer (box with LED) in the late seventies it didn't look like what they do today and it only worked by writing programmes in machine code then entered it and pressing the run button, then decoding the answers using binary maths. (It's all Greek to me, too - Ed)

He postulates folk in the future on the internet with virtual jams plugged into midi processors via your home computer and master classes for three people to perhaps two million! Maybe online Folk Clubs and Festivals? Will Folk go in for Virtual Reality?

In case you're wondering, Gecko says he's got five different stories about how he got his nickname, and that they're all lies!

A word or two from your Editor: (June Nichols) Most of you may know that the concept and first editions of The Folk Rag were instigated by my daughter, Fiona, but most of you would be unaware that The Rag started with the encouragement and a sizable donation from Gecko in particular - the very fact that you're reading this and other issues is due in no small part to him - so he's partly to blame for my workload and periodic stress - thanks a heap, Gecko ! Ed.   :-)