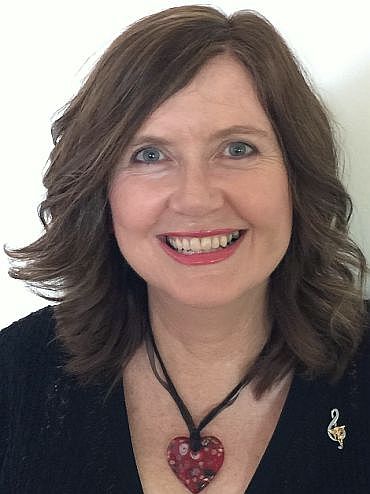 My daddy got a broken jaw the day that I was born.
Grandpa was stabbed in the back - Wally drank the metho for my cord
- the first two lines from my song "Nothings the Same".
I was certainly born into a world where there would "never be a dull moment",
with lots of inspiration for my foray into song-writing.

Saturday nights, in the Kedron of my youth, were spent singing along to Mum playing honky tonk piano with Dad crooning to the tune of Frankie Laine’s Kid’s Last Fight. Dad was an ex-boxer and loved a party. My memories are of celebrations with "balloons tied to cement posts" (from my song "Nothings the Same") with three older brothers, Peter, Paul and Brett – (No Mary!) and Nana. Everyone who visited us would take turns to sing "the song that made them famous" as the saying goes. The first two songs I remember singing around that table were I'll never fall in love again by Dionne Warwick and Morningtown Ride by The Seekers.

It appeared a foregone conclusion, having been named after "Little Miss Dynamite – Brenda Lee" (singer from the 1960’s), that music would always be a positive force throughout my life. I played the recorder at Wooloowin State School and sang in the choir at the Brisbane Eisteddfod (we sang Brolga Brolga and Going to the Never Never). Hours after school were spent down at the creek, playing on the street (not by the street – always On the Street!), presenting concerts for family and making pretend interviews with make believe artists on cassette (wish I still had those cassettes – would be pretty funny!). Inspiration was taken from listening to the radio, hearing interviews with artists (The Beach Boys, Chuck Berry, Bryan Ferry and Madness) who didn’t skip Brisbane on their Australian tours and performed at Festival Hall. Festival Hall was my ultimate performers dream. I saw so many concerts there until its sad demise in 2003 (though I managed to acquire a set of seats – with the chewing gum still attached to the back seat).

Mum used to get us to help her with the washing and wiping up each night. She called this "The Confessional", as this is where the stories from our day would be told. At each "confessional" we sang "Daddy sang Bass" (Mama sang tenor – for those of you who are familiar with the song – Johnny Cash of course).

Yes, Johnny Cash has remained a constant throughout my life with early memories of other artists including The Irish Rovers (Orange and the Green) and The Beatles (Rocky Racoon). We didn’t have many records but the ones we did have had a high rotation on the turntable. When I left school at 14,and started working in the typewriting pool practising "the quick brown fox jumped over the lazy dog" (lyrics from my song "Superinformation Highway Blues"), I began to discover other music, mainly from watching Countdown on TV and listening to Radio 4ZZZ. I spent any spare money on going to see bands and buying records (which I still collect - thankfully have kept on to them all).

The first vinyl I bought was The Sports "Don’t Throw Stones". I have always loved words and Bob Dylan, Stephen Cummings and Billy Braggwere song-writers that I connected with, loving the humour, love gone wrong, social justice messages and double edged meanings.

Whilst living in share houses around Highgate Hill and Paddington, I saw some great Brisbane and international bands at venues around town such as Cloudland (INXS), The National Hotel, The Orient Hotel (Lime Spiders), Story Bridge Bomb Shelter, The Tube Club (Presidents 11), East Leagues Club (The Pogues and Billy Bragg), The Shamrock Hotel (where my Mum worked in the 1940’s and met my Dad), The Love Inn, ZZZ Joint Efforts (The Sports, The Flowers, Sunnyboys, Go-Betweens) and many other places. One of the female artists who inspired me was Kirsty MacColl. Unfortunately, I never got to see her perform live. I loved that Kirsty collaborated with many other artists and didn’t confine herself to one genre. This appealed to me as I had interest in lots of types of music (not just two types - Country And Western).

I remember seeing an album cover with Mother Maybelle Carter and the Carter family. It was the first time I had seen a picture of a woman with a guitar and thought how fantastic it was.  Female musicians like Patsy Cline, Loretta Lynn and Billy Holiday also influenced me.  In my twenties at various times I performed at country music concerts. At one I remember seeing this woman in her late 70’s who played guitar and sang. She used to wear 100% country and western clothes – bolo tie, frilled skirt and boots. That night, I realised it didn’t matter what age I was, I could always play music.

I moved to London in 1989 and started work at HMV where I was fortunate to meet other music minded people and saw some great bands at pubs, clubs and festivals (Town & Country, Knebworth & Fleadh Festivals, Brixton Academy, Royal Albert Hall). I also travelled/worked through Egypt, Turkey, Greece and other parts of Europe where I had jobs as a cook for Mexican tourists, as Film Librarian for the Defence Aid Fund for South Africa and as a dancer in Santorini. While living in London, a radio programming workshop sparked my interest in sound. Returning to Brisbane in 1989 I undertook a Diploma in Audio Engineering (SAE) where I met my future husband (Damir – who taught at SAE for over 10 years) and started working occasionally in live sound and spending time doing studio recordings. As a Women’s Campaign Officer at the QUT Student Guild, I organised many awareness raising events and met many wonderful people. I was booking bands for events a nd festivals, though I wasn’t performing myself. During all these years I had been dabbling in playing guitar, singing and songwriting. It wasn’t until 2010 that I submitted one of my songs (Golden Guitar) into a songwriting competition (Tamworth Songwriters Association) and I was placed as a semi-finalist. This gave me the encouragement to perform my songs to others and write more.

In 2013 Glenn Kidd and I met at the Urban Country Music Festival and we formed the "Arton Hillbillies". (AR for Arana and Ton for Everton). We both enjoyed writing songs and had a common interest in new wave music combined with traditional hillbilly music (which inspired a song I wrote "Punk’s not dead, it's gone Country"). In 2015, Glenn moved house which forced a name change to KiddnKelly. We also perform as KiddnKellyGang with Craig Tobin (drums) and Anne-Marie Lawton (double-bass), performing mostly our original music that blends folk and alt country blues with an Australian Twang. I also gig as a singer songwriter in cafes but love performing with other people, which includes the lovely Wayward Angels bluegrass band. Our rumpus room (The Hibiscus Kave) is filled with audio equipment, music memorabilla and over 1000 records and cassettes. We practice weekly at our place (where I live with my loved ones Damir and Luka (16, who plays trumpet). They now know every word to all of our songs – though maybe not intentionally).

I met the other Wayward Angels gals in 2013 at the Everton Hills bluegrass jam. At the time I was performing with the Brisbane City Sounds Barbershop Choir. It was at a gathering (run by Peter Wyndham and Paul Mills) that I met lots of other bluegrass music lovers who were up for a jam (any time of the day or night!!). I asked (Anne-Marie Lawton, Jody Bell and Kay Armstrong) if they would like to come to my house and practice some female harmonies and from there we decided to form a band. Initially, we called ourselves the Wayfaring Angels, but at our first gig at South Brisbane they advertised us as the "Wayward Angels" and the name stuck. We have just finished recording our first CD which is really exciting and expect to launch very soon. I have also finished writing a few more new songs and would like to record a CD of my original music. Watch this FolkRag space.