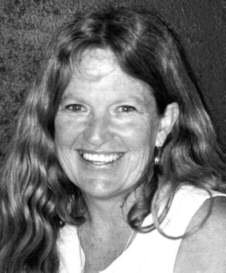 It was 1955 and after a month's courtship, my parents eloped. A year later (with baby in arms – that being me) they returned home to Colorado (USA) to tell their respective parents (who weren't too impressed). My father had the wanderlust, a pilot by profession, so our family of five moved with great regularity. My family wasn't musical, but Dad had a passion for state of the art musical systems, so music, albeit recorded (mainly classical and musicals) was a constant in our home.

Shortly before moving to Australia in 1965, I remember seeing the Beatles on the Ed Sullivan Show. I was mesmerised – a profound moment I have never forgotten. We settled on a rural property in Armadale WA and our earlier teenage years were spent riding horses, dancing rock and roll on a Friday night and travelling the NW with the family in Dad's plane.

I travelled to England and parts of Europe when I was 21. Fell in love with Ireland, the people, the music and the pubs and the fact that music was an integral living part of everyone's daily life. On my return to Australia I shifted to Victoria, to study Horticulture and discovered Redgum, a band that combined folk, with an environmental political message. I was involved with the Tasmanian Wilderness Society, their rallies and then the Franklin Blockade. Always somewhere - the music with the message. Using music to make change has stayed with me.

I met Bill Burvill at the Geraldton Folk Club on a return visit to WA where my folks lived, and we moved east to his stomping ground, the Sunshine Coast. A wonderful new life waited. I met, and started up the Cooroora Folk Club at Pomona with, Sam Breen, Shanti Martin, Marty and Errol Collins. A move to Bundaberg in 1982/83 was like a mass exodus with all the Sunshine Coast folk crew heading north. It wasn't long till the Burnett River Folk Club was born and began an incredible time full of music song and lifelong friendships. It became more than a folk club, it was a lifestyle with people like John Wright, Zemmie Sharrock, Molly Cox, Monica and Ian and Don Wilson and Marveen Ash. We met up with the Maryborough Folk Club crew - Bill and Ingrid Hauritz, Mark Nightingale and Annie McMullen. Our Folk Club had booked concerts every fortnight and on weekends we had a market stall selling billy tea and damper and our bush band, Muddy Creak, providing the ever-present Australian traditional music. Swags of yachties from all over the world visited our Folk Club, as Bundy was a popular place to layover in cyclone season. We had cricket matches, street parades, taught bush dancing in the schools and had camping weekends, one being a magical mystery tour where we visited all the pubs outlying Bundy by bus. The bars became gigantic sessions. The annual Bucca Folk Festival was born - an outdoor festival melding music, dance, workshops and THE ANNUAL LID OLYMPICS. These were games with a difference! The trophy was a wooden toilet seat. The Burnett River Folk Club developed a very public face. It was a dynamic time.

When I met Bill Burvill he introduced me to the contemporary folk music of the US. I was drawn to the words of Pete Seeger and Woodie Guthrie, speaking the language of the working class and disadvantaged. I began reading about their lives and an early music archivist named Alan Lomax and his son John. My mothers maiden name was Lomax and I wondered if we were related until fairly recently when my mother received a family tree book and confirmed this family link.

What I discovered about Folk music wasn't simply the words, profound poetry may it be, or even the wondrous melody. It was the sense of finding a second family. Moving from Bundy back to Cooroy was via Geraldton in WA where our son Zak was born. We returned in time to attend and become a part of the first Maleny Folk Festival. It was a mixture of old friends and new like Noel Gardner, Frank Ramsden, Banno, Amanda Jackes, Leanne McFadyen, Peter Auty, Doug Worth and Mick O'Hagan to name a few. The festival was to become that tangent of life that can take you suddenly at a right angle from where you thought you were going.V Not being a musician or even a good singer (great audience though) I wondered what my niche could be. Enter Bill Hauritz, whose special gift was and still is, in being able to recognise potential in people and nurture it. Bill said "Why don't you write and co-ordinate the Children's Programme?" (Judy Gardner had been my predecessor). "Why not?" said I, quaking at the thought of having no experience apart from being the mother of now 2 children (Toshi being born - how dare she! - during the National in '89). The Children's Festival has been a joy and a passion for me since that fateful time, as we head into the 17th Woodford/Maleny Folk Festival and my 12th Children's Festival.

The Cooroy Folk Club, which began as a promotion for the National in 1989, became a monthly gathering for North Coast folkies for the next 7 years with fellow organisers Bill, Gerry and Linda, Debbie and Don Campbell and Sue Collins. I enjoyed a few years of Morris dancing with the Wild Mountain Morris group. In more recent times myself and Bruce Forsyth organised folk gatherings at Lake MacDonald Camping grounds.

I've continued to work part time in administration for the QFF since then, becoming more involved in recent times with the environmental project at the Woodford site, the Tree Planting Festival held annually in May. I presently serve on the QFF Committee. Working and being a part of this incredible Woodford team of staff, volunteers and performers is an honour. I feel proud to be part of this folk movement which allows the voice of the contemporary message by the ordinary person.

I feel almost as if I've come full circle. Zak is, as I write, finishing grade 12 with the ambition of a sound engineering occupation. He plays several instruments, is in two bands and has a swag of music achievements under his belt. Toshi was born with a song in her throat, sings with the school choir and is learning the guitar and baritone. Zak and Toshi have been on this incredible folk journey and wouldn't know life without it. And I wouldn't have had it any other way.