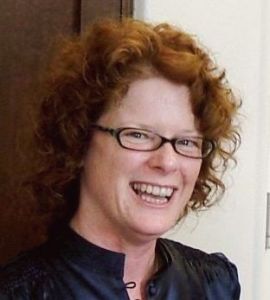 I was born in Malaya in August 1963 where my dad was stationed with the British Army. When I was around two we moved back to England and then in early 1971 my family immigrated to Australia by ship. After a six week voyage we arrived in Melbourne and then went straight to live in Puckapunyal an army camp in central Victoria. What an eye opener that was for an little eight year old pommy girl! Surrounded by endless, brown sheep paddocks and scrubby Aussie bush, “Pucka” was my home and my childhood until we moved to Brisbane in the late seventies.

Neither of my parents played instruments but both loved to sing, especially my dad who had sung in church choirs as a kid and has a lovely voice. As kids we’d sit in the back of the car and sing along to great army classics like They say that in the Army… and My seargent major jumped without a parachute! I found out many years later that my Scottish granny played the violin and the piano, a fact that amazes me to this day as I never heard her play. It must have been after I went to bed!

In the early seventies Pucka didn’t have a lot to offer in the way of musical events! But we did have AM radio and the little top 10 listing that used to come out every week at the newsagent. That, along with the record collections of new kids in town, kept us pretty up to date with the outside world. My first musical hero was Suzi Quatro. I would spend hours in my room singing and dancing to Devil Gate Drive and 48 Crash with all the low slung air-bass guitar moves (hey, I think it’s about time I revived that look – perhaps in the Bramstons?). I joined Suzi’s fan club and received by sea mail from the U.S. a package containing a bonafide autographed photograph. I was hooked. I also loved Linda Ronstadt, ABBA and all the great Aussie pop/rock bands of my era; Sherbert, Skyhooks and later AC/DC and Cold Chisel. As an aside, in July 2005 I jammed with Linda Rondstat’s brother Michael at a Bluegrass festival in North Wales!

I started playing the mandolin when Andrew Heath (The Poachers, Tulca Mor) very kindly loaned me one of his mandolins just after Woodford FF 02/03. I’d spent a few Guiness hours telling him how much I’d loved The Hickory Project, especially that wonderful Bluegrass style mandolin. I’d never seen a Bluegrass band before and I was quite completely captivated by the sound, the emphasis on harmonies and the bloody good fun they all seemed to be having. Next thing I knew it was late January and I was walking home from work with Andrew’s mandolin case in my hand. Ewan (my lovely hubby) showed me some basic chord patterns and kindly wrote out some tunes for me in tab, which I painstakingly practiced over and over.

Some months later when I was still shy and telling people I’d only just got the ‘mando’ Alan Mackey arrived from Melbourne and convinced me that the only way I’d keep moving forward, actually really learn to love to play would be to play with other people. Next thing I knew Alan told me that from that Tuesday forward we would become The Bramstons named after the street we lived in (thank you Alan [^_^]). In a short time The Bramstons moved to Alan’s new abode, also in Bramston Terrace, a wonderful share house with Shez Wright, Dick Halligan, Hiromi Uzu and assorted friends. Dick, Johnnie Logan Snr and Michael Bourne came along that first night and we shared many wonderful Tuesday evenings; laughing, smoking on the back deck and all playing madly together. The Bramstons has evolved through a few line-up changes, the most recent being myself, Michael Bourne, John Hockings and Timmy and our most recent member, Helen Rowlands. The Bramstons play mostly old timey, country style music specialising in waltz time! I play the mandolin and do a bit of singing, getting a bit more confident with every week. The current line up just played our first gig up at Strummers Folk Club in Toowoomba. We had a ball - it’s amazing how a performance will galvanize even the most disorganised bunch of kitchen table cruisers into action!

I was a late-comer to the Brisbane folk scene. During my twenties the Disco music scene was huge and although I loved to dance I would go anywhere to see live music and used to trek all over the city in my mini to catch bands. I was in my thirties before I was introduced, through Snowy, to the Brisbane Folk scene and all the wonderful events, parties and concerts that were happening right under my nose. Some time later Ewan and I went along to support a new folk club that Danny Holmes was running, the Madass. We became hooked on the Madass immediately and one night the lovely Rose Broe (Pirate Brides) asked me if I’d like to join her in helping Danny out with running the club. I agreed and started out as door person (um, still there really, not that many promotion opportunities!). The club is still going four years later and I’m still there (nearly) every Thursday night. Through the club I have met a whole stack of wonderful friends and Ewan and I haved gone to the Imbil gatherings, FOAN, the odd house concert, multiple parties and of course, the Woodford Folk Festival.

The Brisbane Folk Scene took me from being a life long lover and audience of music into the circle of jams (my first a couple of years ago at the Maidenwell gathering, thanks Glen) and playing and singing with other people. What can I say about that? Only that it is a truly wonderful and rewarding experience and if it’s been your secret desire to join in, then I highly recommend taking the plunge, you will never regret it!