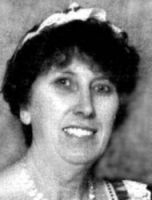 Vic and Jan were born worlds apart - Vic in Harbin (China) of Russian parentage, Jan in Nambour (Qld)of German/French/English ancestry. They met on the dance floor at a Bush Dance in the Blind Hall Brisbane, back in the days when the Verandah Band reigned supreme on a Thursday night.

One thing led to another and they now manage the Queensland Colonial and Heritage Dancers and also dance with the Danish folk-dance group 'Heimdal' and the Brisbane Finnish dancers. They have also performed with the Norwegian and Estonian dance groups.

If that doesn't take up enough time they are also heavily involved with the Queensland Folkloric Dance Association (Vic prez and Jan sec.) They have just returned from the National Folk Festival in Canberra, where they contributed to the success of Queensland's involvement this year.

Dancing has the major focus of their lives at the moment, pushing aside their love of bushwalking (enjoying the associated interests and pleasures of nature) and trekking in places which are out of the way (taking photographs) and that means organising and attending workshops of many different dance styles, publishing a quarterly magazine called "Dance Messages" as well as performing with three dance groups.

They have a great interest in the music, songs and poetry of the world and they attend as many folk festivals as possible, appreciating the many different cultures as well as the more traditional folk scene. Vic was born into a culture where folk activities are a way of life and has fond memories of his mother's beautiful singing; he says he inherited his father's voice, very loud and flat particularly after a few vodkas!

Jan is the Queensland representative on the committee of PATHS (Preserving Australia's Traditional Heritage Society). Vic is in contact with other state folk federations and receives a copy of each state's magazine, from which he is able to compile a comprehensive list of folk associated activities.

They both have fond memories of the old Brisbane folk clubs "The Folk Centre" and "The Barley Mow" but not being musicians or singers, were a part of the appreciative audience. They congratulate the organisers of both The POD and The Folk Rag for their great contribution to the present, vibrant, long overdue folk scene in Brisbane.

Association with members of The Champion Moreton Bay Band at Bush Dances and performances led to the holding of an annual Colonial Ball. The 13th Annual Colonial Ball will be held on Sat 4th July and you're sure to see Vic and Jan there. "Expect a few surprises this year as we are programming a New England (USA) contra dance called "The Flirtation Reel" as well as the "Virginia Reel" from the American gold-rush days."

They both want to keep dancing as long as possible and promote the enjoyment and benefits of a healthy lifestyle through dance and the appreciation of the associated traditions, whether "dinky di" Australian or from other cultures which make up this great land.