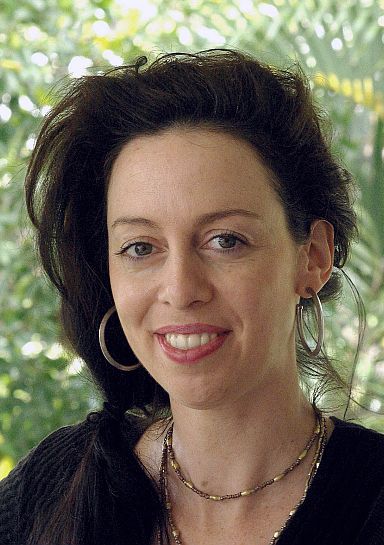 I moved to Brisbane about four and a half years ago, having spent the previous few years in blues country, down in the Illawarra. Having had a fairly recent reintroduction to folk music, I thought I’d check out the local scene, and made a beeline for The Bug one Tuesday night. I took a seat up the back, and settling in, congratulated myself on securing what I thought was a safe and fairly covert location from which to observe the goings-on. I hadn’t been there more than a couple of minutes when I was approached by a very friendly fellow wielding a bunch of yellow pamphlets and trying to place my face in the Brisbane music scene. After thoroughly assuring this chap that I was, indeed, nobody he knew, I took a yellow pamphlet and settled in for a quiet night of observation and listening. Little did I know…

As you might have guessed, that pamphlet-brandishing gentleman was none other than the inimitable Folk Rag editor-extraordinaire Michael Bourne, and any thoughts I had of a clandestine musical evening were soon shattered by his irrepressible enthusiasm and natural hospitality. Not content with a mere passing hello and in true folkie fashion, Michael returned and wasted no time in introducing me to nearly everyone in the room – even trying to set me up with some potential musical collaborators! At the end of the night Michael convinced me to go to a Saturday session the following weekend, and from there I commenced what now feels like a whirlwind musical adventure that I never could have dreamed possible!

As a young lassie growing up in the north of England I was forever getting lost in music whenever I had the chance, however the opportunities were fairly restricted. My parents didn’t normally play music in the home, nor were we allowed to watch television very often, so my exposure was, shall we say, limited! However, in those days all children living in England sat an exam testing musical ability and at the age of 8 or 9 I won a cello scholarship that included loan of the instrument and free lessons – I’ve often wondered if they still do that, what a brilliant program! But it wasn’t long until my parents shipped us all off to Australia and I had to give the cello up, much to my absolute 10 year old disgust.

When we first moved to Australia we landed in Perth for about a year, and I won another scholarship for clarinet, though this time I didn’t even start it as my Dad had been offered a job in Canberra. As I was very heavily involved in ballet at the time, my parents understandably didn’t take my requests for a piano very seriously either, so as a substitute I sang, (and according to my family, not in a way that gave them pleasure lol)! I was desperately shy and completely unable to consider performing or even going to a choir, however my love of singing never wavered and I sang (privately) whenever I could.

Like so many other people, once I left school and got sucked into the vortex of travelling, working and growing up, my desire to be involved in music always seemed to be lower on the priority list than it should have been. I dabbled here and there trying to teach myself a few chords on guitar, wrote a few absolutely appalling songs, kept on singing in the shower and even managed to attend a choir for a bit, but never found the confidence to really embrace it.

Fast-forward to about 2010 when a few little things started to happen. As well as being tricked into performing at the local community theatre, I started attending a pub session where I met a couple of very lovely chaps who asked me to sing with them at the Illawarra Folk Festival. But in keeping with my earlier musical experience, I was soon moving on – this time to Brisbane.

So back to that Saturday session Michael had invited me to. I arrived clinging to my guitar, an absolute ball of nerves. My attempts to blend into the wall were briefly successful, but as anyone who’s ever been to the Saturday session knows, Don Jarmey doesn’t let you do that for long! And so I became a regular session player, making all the mistakes a new session player doesn’t know about, and being met at every turn with support and encouragement from the rest of the crew.

I’d just like to take a moment to speak in defence of the capo for a minute here. The capo is my friend, and I shall use the capo whenever and wherever I damn-well please, thank you very much.

So when a certain person who won’t be named gave me a whole heap of grief for using my capo to play songs in "ridiculous" keys, well I decided that I’d get him back by writing a song in D. Not any old song in D. I was going to write a folk song in D. Ha! Take that! And so I went home and I bloody well wrote one. The following week I played it at the session with great gusto and a spot of internal Mr Burns-like glee. And to my utter delight, nobody thought I’d written it! And of course, that made me want to write more!

Like all fairytales, my musical journey from there was mostly butterflies and unicorns with only the occasional brief encounter with evil, club-wielding trolls and jabberwockies. I have had the most amazing couple of years playing with and learning from Don and Sam in The Delphics, and Rebecca in Gone Molly, not to mention the many, many other musicians I’ve been lucky enough to meet, play with, be inspired by and learn from through sessions, folk clubs and festivals.

And now I’m working on an album! Of songs that I’ve (mostly) written! I could never have believed this would happen! And it never would have without the support, generosity, friendship and love from friends, family and the folk community that has been a constant part of my experience.

So in closing, I’d like to share with you what I tell all out-of-towners about the QLD folk scene. I tell them that it’s undeniably full of the most welcoming, supportive and gosh-darn lover-ly bunch 'o good sorts that I’ve ever come across. I tell them you won’t find a more enthusiastic, hearty crew of session players. I tell them that the QLD festivals, folk clubs and house concerts are second to none. And I tell them that there's no better place to make your musical, spiritual home.