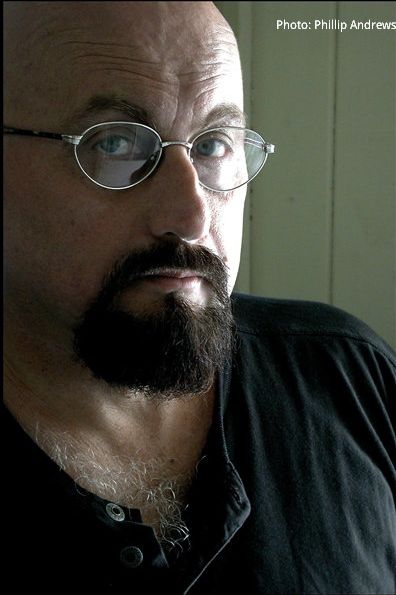 So I started too late . . . 40 years after everybody else. At 55 I got myself a baritone uke and began to revisit chords from an abortive teenage attempt to play guitar; an attempt that went for years, and seemed to yield only a handful of songs, played with technique only, lacking exuberance and feel. Number of mates impressed – none. Number of birds in the hand (in appropriate 60s slang) – see previous answer.

Anyway, the bari-uke felt good in my hands, and my heart could fit inside it, and I sat on the front steps playing, and the neighbours didn’t leave; some were even complimentary. Soon I accidentally bought a guitar – a bargain of a mini-Maton, and began to feel the chords and melodies and rhythms taking shape. (I called him "Buster", and brothers and cousins have joined the family since then).

I’d been writing poetry for 35 years at that stage, with 8 volumes of poetry published, and 3 chapbooks of poetry or haiku, and about 300 other poems in journals in Australia and overseas. I’m pleased to have won a few major Australian poetry prizes, and to have built a small reputation internationally as a haijin (haiku poet & teacher). So when I came to writing songs (actually a short while before I started playing an instrument) I was equipped lyrically. (The similarities and differences between song lyrics and lyric poems could occupy a mid-length essay . . . but not here).

I began frequenting (the predecessors of) the BUG (at The Redbrick and the Muddy Farmer), and the Kookaburra Café and Folk Redlands, and met a few folky-type folk. I went to Mulgowie and Neurum Creek weekends; and cranked myself up to perform at open mics around town (at first a mix of poetry and bari-uke and guitar).

Somehow I got into my first ever bands (still wishing I’d done that at 16, like a normal bloke); at Dave Burton’s invitation into Wham-Bam-Boozle (we did 3 gigs in a month, then took a break . . . still!), at my own inveigling into The BUMS (a uke band in which I played my u-bass "Choogle"), gigging with them in festivals in Cairns and Melbourne and locally. The stage-time increased my confidence and abilities.

And I formed my own band, with Dave Burton, Dave Logan and Caroline Hammond… for a gig at Neurum Creek in 2010. (It’s not hard for me to follow the advice to always play with people who are better!) RossCrow & the Righteous Crew have never broken up; we just didn’t try for any more gigs! I was proud of that imperfect but heartfelt gig, moreso as I’d had a car accident that had hospitalised me overnight 10 days before, and I was still experiencing bouts of pain.

The BUMS also played at Neurum Creek, as did The BUMSteaders later (an offshoot, specialising in bluegrass and country and pop songs; me on guitar). The 'Steaders did 18 months of gigs, and had a bucket-load of fun. (Both these uke bands refused to wear Hawaiian shirts, or play Hawaiian songs. So there!)

The 6 months from Sept 2010 were challenging, with the triple-whammy of the car accident, the sudden death overseas of my beloved Kate Prentice, and being flooded out in Jan 2011. For months I was walking round in a daze, alert only for yet another anvil to fall from the sky.

However by the end of 2012 I was sharing a creative and adventurous life with Helena Bond, and we formed the duo Daylight Moon: one sublime mezzo-soprano voice, and one knucklehead songwriter-guitarist – a perfect combo. We gig occasionally at open mics or as a featured act, and at music and community festivals. We’ve performed pop-up gigs in NZ campgrounds, at a street party in Dublin, at a solstice party at The Arcadia (Portrush, N. Ireland, where The Undertones and The Beach Boys once played), and a lunch-hour concert at a hospice in Nottingham, UK. Yep, that’s our international touring done already. (No more T-shirts left, sorry.)

We first gigged in 2012, released our debut album, A Taste of Moonlight, in 2013, and have just released Song et Lumière (2016). We play and record a mix of my own guitar or uke songs and classics from several genres: there are hundreds of great ones out there, and there’s fun to be had arranging them for our minimal combo.

(My near-fatal illness late in 2014 gave me a song about turning round and running back through Death’s Door, with only a splinter in my arse to show for it. Hallelujah! Though my songs are generally more cheerful than that . . .)

These days I perform occasionally with Ainslie Chandler (as Prickly Pair), and I’m also writing and playing country songs with Mary Holdsworth and a roster of others. As Matilda’s Paddock we will be gigging from early 2017, showcasing songs written by each of us, bedded in with plenty of the classics.

(And The BUMSteaders threaten to reform… but not in a behavioural sense, you understand. That’ll be fun. Look out for their return in 2017.)

So, I’ve come late to this hemisphere of music-making, but I’m exploring it all, enjoying it all (and being frustrated by it all as well . . . those with decades of experience will know exactly what I mean). I am not trying to make up the 40 year lag, rather to embrace the necessity of making my songs from the simplest of materials . . . words and sounds available to us all. It’s giving shape to this third of my life, and itself being shaped by the earlier thirds.

A haiku of mine suggests:
over hard stones the creek’s melody
Amen to that.