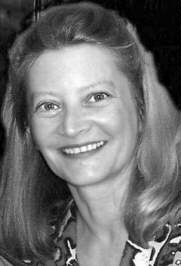 Born at a very young age in Brisbane I've spent most of my life here, travel arrangements not being my forte. According to Mum I picked out tunes on the piano at four, but perhaps she just had no ear for music. Dad was a multi-instrumentalist, conducting jazz bands in the 1930s. His party trick was playing his saxophone while hanging from the rafters by one elbow. I haven't come close to that yet but it's a lot harder to do with a piano. As a prisoner of war he made instruments out of bits of pipe – a dubious distraction for his fellow POWs' miserable lives.

Dad decided I was the musical 'chosen one'. The other five siblings went on to lead normal and happy lives. He bribed me to learn my classical pieces and complimented my organ playing at Sunday Mass. Being only 11 and small-for-dates (I had to stand on a chair to reach puberty), I could barely touch the bellows. Benediction was my favourite; it was dark with lots of incense and scary Latin hymns. There were also weddings & funerals, (ancient nuns were always dying at St Sebastian's). Nearer My God To Thee got faster and faster as I imagined them dropping the coffins being carried up two enormous flights of stairs.

The Sisters of St Joseph taught me classical piano with their creative methods ranging from long knuckle-bruising pencils to school-assembly-sized public humiliations for leaving music at home. In High School however, the Sisters of (no) Mercy were true professionals, substituting physical punishment for psychological terror. Undaunted I joined the All Hallows school choir (becoming fascinated with harmony), and played piano in the orchestra. Sister Mary Social Skills punched her fist enthusiastically into my back to keep the beat. Despite their fervour I loved the music, and The Merry Widow is still one of my favourites. My parents bought Reader's Digest's Popular Music That Will Live Forever – barbershop quartets which Mum played obsessively. My friend Colleen's parents had made the same purchasing error and we learned and sang all four parts simultaneously (or so we thought). To this day I can't sing the melody to anything. Dad's collection of swing, jazz and Dixieland were strong influences which eventually gave way to more contemporary music particularly John Mayall, Joan Baez and Captain Matchbox.

High school revealed other `popular music'. We hid out in the fabulously acoustic toilets playing guitars and wagging physics lessons. Our hideout was discovered and more public humiliation followed. Folk Masses became the only legitimate way of playing modern music and while feigning spiritual enlightenment we perved on spunky young Father `What-a-Waste'.

Practising for 7th grade piano had lost its appeal. I finished school, abandoned the piano, bought a 650cc motorbike, and with a couple of mates and guitars strapped to the sissy bars, headed for Cairns to play blues on sandy beaches.

Scratch any musician and you'll find a `bush band' past. In 1980, desperate to fall into bad company, I discovered the Red Brick Bush Band and folk music. There were eccentric infatuating characters like Peter Auty; and Bushwhackers, Redgum, Bothy Band, Planxty, Steeleye Span, were big influences. I acquired a mandolin and painstakingly learnt Brown Jug Polka.

In 1982 I moved to Waterview Tce (where I still live). I landed a job playing piano at Squirrel's Restaurant. A visitor to my house one day spied the mandolin and I was conscripted to The Backyard Do-it-yourself Bush Band after lying that I had mastered Brown Jug Polka. Lucky there was no audition. Dave Russell was in the band and kindly taught me a couple of tunes.

In 1983 a young musician called Ceri McCoy moved into Waterview Tce. He and his friend Andrew Heath introduced me to the Story Bridge sessions and Verandah Band bush dances at the Blind Hall. We formed a band called Bushfire and supported the VBs at the City Hall New Year's Eve dance. The Verandah Band' s party trick was nudity. Legend has it Roger Rosser would slip to the side of the stage where only the band could see him and quietly disrobe. Roger was even naked at my wedding!! Unfortunately they had become bored with this by the time I joined. The VBs performed many `last' shows each New Year at City Hall, but finally called it quits in 1985 only to reform in 1989 to do yet another one. This time I had joined playing keyboard and the band was moving in a more contemporary direction. The bass player Lex Weddell caught my eye but that's another story...

Other eighties projects included the Very Very Hot Choir, Jabiru, Pandanus, and No Right Turn (with Chris Foote, Di Holland and John Thompson ). Always my contribution to the band was bullying the others into complicated harmony arrangements – I'm still doing it. In the daytime I worked as an entomologist for the CSIRO wistfully drawing beetle penises.

In 1992 Graham Nielson, Lex Weddell and I rose from the VB's ashes to form Marmalade Swing. We recruited Jonnie de Lacy, Brian Devereaux, drummer Max Christensen (and later Suzanne Hibbs ). It was jazzy and bluesy, with lots of four-part harmonies that we spent hours practising. We recorded Pure Jazzibilly and cut our teeth at the Sitting Duck Café run by Annie Peterson . While setting up for a gig at a party I went into labour. Georgia was born not long after and I almost had time to get back to the party – but I didn't really feel like it...

One day I was dangerously close to the phone and received `the call'from Bill Hauritz asking me to join the QFF committee. He reminded me that we were the only two `first hundred members' of the original 1985 revival of the QFF and it was time for the QFF to collect my soul. Bill still confuses "I'll think about it" with "yes", but I wouldn't have missed it for the world. It's been an amazing experience seeing the Woodford project grow and being part of it.

In 1995 The Irish band Shebeen needed a fourth member to help lug the gear and drink the profits. With Adrian Jefferies, Suzy Fish and Mick Tunney, this was the bad company I had been seeking. Shebeen was an incredible journey, and became a lifestyle. I was actually making a living out of playing music. Somewhere in among all that I had another child, Zoe, after becoming too pregnant to fit behind the keyboard. I rejoined the band about a year later, after my generous maternity leave package was exhausted. Randall Mathews, Joe Brennan, Davy Logan, Mark Nightingale, added stitching to Shebeen's tapestry, but always the talented, charismatic, exasperating, incorrigible, and very thirsty Mick Tunney was the irresponsible adult. We recorded two CD's and did residencies at all the Irish pubs and supports for Battlefield Band, Four Men and a Dog, Geraldine Doyle, and lots of other gigs of which I have no recollection. In 1999 the band did a 6-week residency in Townsville (Molly Malone's). Mick Tully had joined playing bass, as Mick Tunney sought ways to confuse the tax office. The Towns-villains followed us home – and enriched the Brisbane folk music scene by an injection of new blood. Two of these refugees, Nicole Murray and Ryk Rostron, Ryk remains as a current colleague in the Pirate Brides. They are kind enough to let me play my piano accordion which I bought during a moment of low self respect. We recorded our CD Walking The Planxty last year.

Other musical ventures have included – Rock `n' Roll Circus, Gaelic For Mermaids, Elbow Room, Woodford Folk Festival's Electric Women, Rock 'n' Roll Out the Barrel and the (astonishingly popular) ABBA sing-along, and guest appearances with Jack The Lad and the Ewan MacKenzie Band. This all pales into insignificance after being invited to the Frith Street Underachievers' Club . But we won't go there....God knows I have....

I helped run the Mad Ass, a serious attempt to maintain a weekly Brisbane acoustic performance venue for 7 years. I still serve on the QFF management committee wielding enormous power and influence amongst the `Folkeratti'.

The music community is my tribe and my extended family, and I can't imagine life without blissfully sitting amongst my friends playing music and thinking: