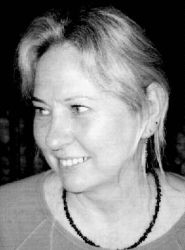 Music was always important : mostly the ever-present radio, plus Mum's singing: O Tannembaum, Die Lorelei (she learnt German), Song of the Volga Boatmen (she later learnt Russian). Ancestry proudly includes two convicts AND a Spanish gypsy on the distaff side!

Mastered the Triangle in School Infants Band, having failed at the Clappers (I'm still shite at percussion - what happened to my Gypsy background, fercrissakes?!). Piano lessons at age 7, sadly terminating with Nan's death - apparently I showed great promise (... sigh ...) No instrument-learning at my schools, just The Surrey With the Fringe on Top . Hmmm ...

This was 1965 though - the upside being that the music teacher was a FOLK FAN - she brought Peter, Paul and Mary records to play - after class!! I was passionate about pop music (Animals, Beach Boys, Cliff, Spencer Davis, Lovin' Spoonful ...) - if only it had been a curriculum subject, I was guaranteed a distinction!! Homework always done to radio; Top 40, followed by late night JAZZ, which I loved. My Brother's friend lent stack of FOLK LPs : I knew every word of Gary Shearston's The Springtime It Brings on the Shearing (still have my own copy!!). My earliest Folk LP: The Twilighters in Concert (also still have).

In 1969, I worked as Government Drafter (mapping), Friday nights frequenting dark, basement dives, sneaking Rum into coffee and listening to folksingers. Amazingly, A.L. Lloyd came to town for one concert. To this day, I could kick myself for not wagging night school!!!

1983, headed north to Queensland via mobile home; arrived in Darwin for "The Wet" - and stayed for 10 of The Best years!!! (my then partner is still there!). Wonderful place, wonderful people, vibrant Arts scene. Went back drafting for government; joined Top End FC. (founded 1971: one of longest-running in Oz) Friendly, supportive bunch meeting weekly at WWII Gun Turret overlooking Arafura Sea.

Meanwhile, Paul was running away to join Neil Cameron's circus. In 1993, we moved to Maleny, our working life then spent around Eastern Seaboard creating Fire Events. Compiled songbook Take in Your Slack for QFF. Organised Maleny Voice Workshops, resulting in The Grils, morphing into SERAfINA, world music devotees. Also indulged my passion for Jazz and 1920-1950s ballads, via the Swing Jazz Trio, with Carmel Givens, Danny Rose. Performed in Melodical Benefits and Andy Oxidant & the Free Radical Gospeleers.

Once Jenny Fitz emigrated from Darwin, Raw Silk was born, with Carmel. Encouraged by Tommy Leonard and Ruth Donnelly, Paul and I started A Bit Of Folk On The Side monthly folk nights at Maleny's Up Front Co-Op Club. Paul then started making concept CD with Jenny, Carmel and myself singing as The Just Desserts (all will be revealed next year!). Fitzy moved to BrisVegus; we dragged Paul kicking-and-screaming into Work-in-Progress; sister Alex became a Malenyite; now we're all "affectionately" known as C.R.A.P.!!! - and - ABOFOTS has just made TWO years ~ THANKS ALL for your support!! Now, if only Tony Suttor would leave Darwin and sing with us again!!!

Music tastes are eclectic : from Benjamino Gigli & Miliza Korjus to 1920s/30s "down home" rootsy gospel - but emotion's important. Have large music and book collection. Not aware of any songwriting skills within, so I console myself that perhaps I can learn to interpret the work of others!!!

However, this overwhelming urge to sing out, is only slightly more powerful than the absolute terror felt when actually doing it!! Ros Roche alluded to it in her profile. I have to force myself to sing solo a cappella - it still scares the living daylights outa me - but I love to sing in small groups of friends : that's just The Best!!