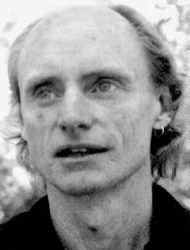 The doctor had told Connie and Bill Gardner not to expect any sons, so after four daughters it was such a surprise to have a boy in Sept '51 they called me Christmas - well Noel anyway.

As I was the only boy amongst sisters, much of my time (according to those sisters) was spent playing on my own. From this developed an inner sense that has led to a life of creativity in architecture and music.

From an early age I used to sing around the house but my only public performances were for Grandma at Christmas parties. My Grandfather was the State ALP member for Bulimba up to the 1959 split.

My early family musical experiences were of listening to my sisters learning to play the piano that sat proudly in the dining room of our Bulimba home.

Most of the music I was exposed to was radio-orientated or what my sisters were listening to at the time. I think my first records were Cat Stevens - Tea For The Tillerman and Joe Cocker, Cocker Happy.

I can vividly remember lying on the lounge floor with my head between two speakers enjoying the new experience of stereo sound with Broken Wings from John Mayall & the Bluesbreakers.

My mother sent me for singing lessons when I was 16 but my shyness kept me from pursuing public singing any further.

A big shock was the sudden death of my father in a car accident one week before my 19th birthday. This had a large impact on me and defined many future years of my life.

Before Judy, my wife and I left Brisbane in 1978 we would occasionally go to the Folk Centre in Ann St. but were not actively involved in the Brisbane Folk Scene. The Red Brick Hotel also holds a few memories as well as headaches the next day.

What always attracted me to folk music were the simple ballads and the political bent of the music. Most country songs or thirty five jazz chord songs don't hold that same emotion for me.

I continued singing around the house - now on the Sunshine Coast, until my 30th Birthday when Judy gave me a guitar for Christmas.

After many hours of practice I managed to put three chords together and actually sing and play at the same time. From that moment I was hooked. In the early eighties after building a house I enjoyed a few years of Musical Scholarship (the dole) to continue my practice. Years followed as an occasional solo musician in restaurants and pubs.

I wrote my first song about our indigenous peoples around 1982 after watching a documentary titled Women Of The Sun. From that beginning have followed many more and a close affinity with the land and the environment movement. Living in the bush at Palmwoods since 1980 has also been a strong influence.

Judy and I attended our first National Folk Festival in Brisbane in 1981 then Sydney and Adelaide the following years - purely as spectators. Eldest son Peter was born in 1983 followed by Brodie in 1986. Both are excellent budding musicians.

My first public performances were in 1982 at a coffee shop in Palmwoods on the Sunshine Coast where I still reside today. During that period many lasting friendships were formed with fellow musicians. It was those nights that gave me the inspiration to form the Nambour Folk Club in 1985.

At that time Bill Hauritz was beginning to resurrect the Queensland Folk Federation and assisted with the start of the club. Eventually Bill moved to Nambour and what evolved was the Maleny Folk Festival.

Many friendships were cemented during those seven years of co-ordinating the Folk Club. Those same friendships have continued and new ones transpired from my involvement as co-ordinator with Bill on the inaugural Maleny Folk Festival and musician at every Maleny and Woodford thereafter.

Also during part of that time I performed in a duo with Mark Gillett and later as a member of the Hinterland Band. In 1992 Mark and I were made life members of the Sunshine Coast Environment Council for our contribution to the environment through our music.

In the mid nineties I also began to perform with Tommy Leonard and Kathy Francis. In 1994 I released my first CD - Justice & Pride . In 1991 my life also changed with the breakup of my marriage. From that time on I have been a sole parent on alternate weeks so the music has taken a minor role. Daytime hours are taken up as a self-employed Building Designer, except when the pens and mouse get put away to complete some lyrics for a pressing song. In 1996 my third son Gabriel was born and has been the inspiration for some new songs.

For the past few years I have continued to perform solo and with Jennie Finnigan and former partner Kari as well as other musicians at Woodford Folk Festivals. A highlight of my 2000 Woodford was to be joined on stage by my eldest son Peter on guitar for my song Mt Coolum.

In May 2000 a second CD Fraser was released at the Yag'ubi Multicultural Festival. A new CD Walking This Land is in the pipeline. As I have grown into music at a later age than most, I have regarded every milestone as a bonus.

I'm sure I will continue singing every day as I now do and continue writing and recording as money and time permits. Some overseas touring is a definite hope and I will continue to enjoy watching with great pride as my sons further develop their musical talents. I hope they get as much nourishment and enjoyment from music as has their father.