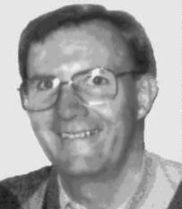 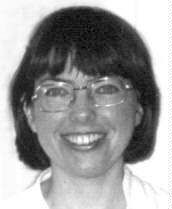 Julie McGonigal was introduced to the folk scene in 1978, when a friend at work said "I know this band that needs a fiddle player......"   Julie went along to check things out and sure enough they did, and she hasn't looked back since. Julie played fiddle for some years with 'Bale 'Em Up Bush Band'. When she moved deeper into the Folk Scene she met Duncan , (now her husband) behind the bar at the 'Barley Mow' Folk Club.

After leaving "Bale 'Em Up" in late 1981, Julie played with the "Bunyips Bush Band", then with the quirky "Mozart's Wolf Gang" (they played everything from Wagner to plastic bags!). Followed by a two-year stint in the "Downunder Band" after which she formed "Hern 'n' Haggis" which still performs occasionally.

Mark Davidson on the other hand grew up on a fresh diet of "Peter, Paul and Fred" as he puts it, and other folk bands of the day, such as "The Seekers". Young Mark got more involved with the folk scene after leaving school when he met a group of people who were interested in Irish folk music. He found himself attending folk concerts as a member of the audience and later becoming a performer. Mark was heard to say: "I have to confess, I like an audience and if that audience likes me that's even better."

Mark went on to do some demo recordings for which he needed a whistle player and was referred to Julie by a friend. Julie received a phone call regarding this and agreed to record with him. When they met, something clicked and a friendship was born. They recorded another demo the year after and the following year went on to do Julie's solo album "Mists of Guyra" which featured the expertise of not only Mark Davidson but some of her fellow folkies as well.

After "Mists of Guyra" they formed a trio with Brian Wright to promote the album and when "Carried on the Wind" was being recorded, Mark called out for the expertise of other performers just as Julie had done a couple of years earlier. The trio with Mark, Julie, & Brian was joined by Madonna Garrigan to help promote the new CD. The group remained nameless until it was decided that they would call themselves "Seanachaidh" which is the Gaelic word for bard.

"Seanachaidh" took a rest in '96 due to Julie's health problems but restarted with two new members Don & June Nichols in early 1997. (as Madonna and Brian had moved on.) This lineup put down a track  called "The Ballymena" (a Bahamian calypso) on the recent Brisbane compilation album "Gathering Thyme" which was recorded late 1997 and available by email by contacting June or Don.

Julie used to play fiddle but sadly had to give it away when health problems made it almost impossible to continue. This brave warrior has not let it get the better of her and has recently started playing hammer dulcimer on which she now excels.

Mark has been writing a lot of his own original pieces as of late and finds his inspiration through his experiences, and issues in which he has particular interest. He has incorporated Julie into his songwriting, so that they not only perform together but sometimes write tunes or songs together as well. Julie just recently wrote a 6/8 march which she entered into a pipe band tune writing contest, unfortunately she didn't win but her pipe band march is a very lovely piece of music.

Julie and Mark performed at the first Folkies Old & New concert held November1996. They went over quite well and they enjoyed their performance. They have both been featured on Bay FM and their album "Carried on the Wind" gets regular coverage. "Carried on the Wind" has had some air play on a radio station in Tucson Arizona Julie and Mark have done plenty of live gigs over the years and always enjoy them without fail.

When asked whether they had plans for the future, the answer was simple.
Mark: "I want to better myself and contribute to others whilst doing so. I want to enjoy that for as long as it is available."
Julie: "Yeah, That's about it, and you can never tell what the future holds."

Julie McGonigal and Mark Davidson were interviewed by Fiona Nichols for The Folk Rag profiles in early 1997. Although they no longer perform together, they remain in regular contact. For more biographical information on Julie and Mark, please read on………….

Born in New Guinea of Scots/German ancestry in 1960, Julie’s musical associations began at the age of eight, with lessons in recorder and piano. During her high school years, she took part in school musicals, talent quests and concerts. She began studying classical violin in 1976, spending time under the guidance of Brisbane teacher Kerry Smith. Her interest in orchestral music took a dramatic turn in 1978 when she was invited to join a fledgling folk band, the Bale-Em-Up Bush Band. She joined the band and threw herself into learning about folk music.

During her three years with the band, she familiarised herself with different styles of Celtic music, and also with Australian, Scots, Irish and English songs. Her chief instrument was the fiddle, but she dabbled in a bit of singing, tin whistle and flute playing as well. With her next band, the Bunyips, she played at the QPAC Concert Hall in 1985 as support act to the Tokyo Philharmonic Orchestra.

Julie has played with many bands over the years, including Downunder, Hern ‘n’ Haggis and Seanachaidh, performing extensively at countless bush dances and concerts throughout South-East Queensland and northern New South Wales, at the Glen Innes Celtic Festival and several times at the National Folk Festival in Canberra.

Julie’s contact with other musicians has broadened her interests to include other styles of folk music from European countries. She has been composing folk-style instrumental music since the late 70’s, and a cassette “Mists of Guyra” (Restless RM039), featuring many of her tunes was recorded in 1993 at the Restless Music studio in Stanthorpe. A further recording opportunity arose in 1995 when Brisbane song-writer Mark Davidson invited her to contribute some original music and arrangements to his CD, “Carried on the Wind” (Restless RM047). Her first book of compositions, “Twenty Not Out”, was published in 1998, followed by, “A Score Encore” in 2002.

Julie’s compositions have found favour with Queensland folk musicians. Stanthorpe accordionist Sharon Doro has included Julie’s tunes in her repertoire, two of which were broadcast on the ABC programme Songs and Stories of Australia, in 1993. Four of Julie’s tunes were performed at the 1999/2000 Woodford Folk Festival by hammered dulcimer player Dale Jacobsen, and other tunes have been aired by amateur musicians at many a musical gathering over the years.

Three of Julie’s compositions were included in a 1994 Australian Folk Trust publication, The New Tunes Book, which featured original music from a variety of folk music writers from around Australia.

In 1994, Julie was diagnosed with Charcot-Marie-Tooth syndrome, a condition affecting the peripheral nerves and causing muscular atrophy. She has had to lay aside her fiddle and performing schedule, and now occasionally plays less physically demanding instruments, such as keyboard and hammered dulcimer.

These days, Julie’s interests lie mainly in traditional Australian music and composing. She enjoys the occasional musical gathering with like-minded folk, sharing with and encouraging others to learn new tunes and techniques. For the last eight years, Julie has been hosting a regular musical gathering for a group of older musicians who are interested in playing Australian tunes, and recently has been introducing locally-written pieces to their repertoire, both by herself and by other Brisbane composers.

Many of Julie’s earlier compositions and arrangements were recorded on audio tape which is now outdated and has a finite life. Julie is currently working on a new CD, Wintermusic, with financial assistance from Arts Queensland. This comprises many of her previous recordings from Mists of Guyra and Carried on the Wind, along with some new original material. She feels that it is important to preserve her earlier work for the benefit of future Australians as she is unable to continue recording her compositions using the same instrumentation and arrangements.