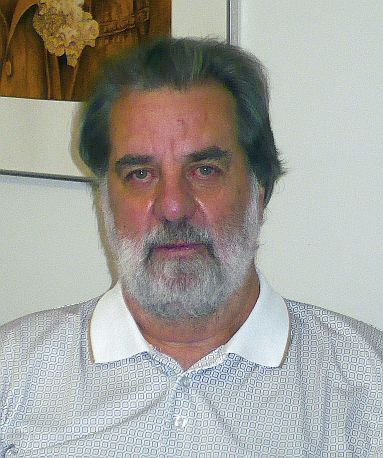 I can't remember a time when music wasn't an important 'thing' in my life. But lacking anything remotely approaching talent or application my engagement has been predominantly in the role of fan.

An early and fond memory is that of being perched on a stool in the kitchen by my sister Jan (Dec 2009/Jan 2010). so that we could listen to the Top 40 programme on the old bakelite radio.

Oddly perhaps the songs I remember most from that time came from Perry Como – Catch A Falling Star and Round And Round.

A couple of years later and living in Gulgong things took a turn for the better as our parents purchased the latest in home entertainment – a state of the art maroon radio-gramophone (TV hadn't reached the 'bush' yet) for which Jan had what seemed to me a constant supply of teen idol 45s – Billy 'Crash' Craddock a favourite of mine, but all the usual suspects were there.

Bundled off to boarding school 'for my own benefit' in 1963 where I found interest among students in the music that was emerging principally from the U.K. and soon found myself solidly entrenched in the R 'n' B camp – Stones, Animals, Yardbirds, Them, etc.

With good mates Chris Dent and Ron Yau many an afternoon was spent listening to the latest from Motown and Stax along with the originators, the Chicago bluesmen who had inspired the British bands that I loved. And Bob Dylan, Donovan and Joan Baez go without saying.

Despite my previously mentioned limitations I found myself lead vocalist in a Borders' Band formed to play school dances.

With school days behind me I was invited by Phil Colson to try out for a band he'd just joined that needed a singer, and so I became a member of The Glockenspock Clock. We soldiered on for a while, scored some gigs supporting The Executives, along the way changing our name to Resurrection. Due to go into the studio to record during the 1970 record ban the band broke up over 'musical differences' – some band members were musical, other were not.

By the mid-70's I was working for Reg Ansett on Groote Eylandt when I bought a cassette by the oddly named (and previously unknown to me) Steeleye Span out of curiosity. I was hooked.

A neighbour there introduced me to the music of Fairport Convention (he was a relative of Trevor Lucas) and so began a love affair with British Folk-Rock that lasts to this day with regular, but alas no longer annual, attendance at Fairport's Cropredy festival, which this year also featured the new line-up of Steeleye.

Advertisement: Very few, if any, readers will have heard of my friends, the Banbury based band, Leatherat. If you like folk-rock "do yourself a favour" and check them out on Youtube.

The emergence of The Sex Pistols, The Damned, Gen-X, The Adverts, The Buzzcocks, The Clash, Wire et al in the second half of the seventies renewed my interest in 'popular' music, which might sound strange unless you shared my view that too much of what was radio fodder at the time had become pompous and over-blown.

The eighties roared by in a constant whirlpool of Aussie Pub Rock – The Angels, Midnight Oil, Divinyls, Cold Chisel, anything with Joe Camilleri, anything with Ross Wilson – far too many great Aussie bands to name them all – and I was enjoying it all despite the constraints of shift work and a young family.

Two things changed at the end of the eighties – a friend from politics, Greg Pittman, alerted me to the Maleny Folk Festival which I have attended ever since the 1988 event, even cooking hamburgers in '88 or '89, not sure which, as a fundraiser; and in 1989 I was elected to the Queensland Parliament.

As a Parliamentarian, along with fellow MP Gary Fenlon, I was involved in the establishment of the organisation Q-Music – lobbying Ministers and Departmental Heads to have them acknowledge the economic and employment factors in the contemporary music industry, meeting several times with AusMusic head honcho Pete Steedman.

Dean Wells, the Arts Minister granted the organisation $40K start-up but on the day of the presentation function it was revealed that Q-Music was unincorporated and therefore ineligible for funding. Tom Burns 'assisted' the Department to consider the application and issue the Incorporation documents in 4 hours!

In 1998 I found myself suddenly 'out of work' and a few weeks later took a phone call from Bill Hauritz – would I consider taking on the role of Site Manager at Woodford? Too bloody right I would.

I learned a great deal while in the job, principally from the crew who were there at the time Robbo, Bully, Grant, Johnno and Pete, blokes well versed in the less glamourous aspects of event operations. And I don't think I have ever enjoyed a job so much, staying on as a volunteer for several years after the QFF could no longer pay a salary, the result of a poor box office result – fortunately I had superannuation income.

In 2006 I stood down for another stab at politics (I must have been mad) and although on this occasion my tenure was short I could convince colleagues that the (Federal) Government should invest in the Woodford site, which came through in 2011.

In 2010 I was made a Life Member of the QFF (best birthday present ever) and in 2014 I joined the QFF Management Committee.

These days I am involved in assisting Blues and Folk singer James T. as he returns to performing after a lay off to get his hearing fixed, and have a new appreciation for just how hard it is for artists to find work, and find work paying respectable fees.

And finally, my dream appearance on RocKwiz –