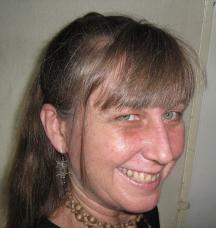 Click Go the Shears was probably my first introduction to folk music,which I performed in the recorder band at Nudgee State School, Brisbane in 1968. Little did I know that folk music was going to be such a big part of my life and that I was to learn a lot more than Click Go the Shears in my time! I am the youngest in my family with four sisters (my twin sister is 3 hours older than me). My father, a retired furniture manufacturer, and my mother an (unexposed) artist, weren’t involved in any formal music scenes, though I think they both have lovely voices and my father can certainly whistle a good tune.

In 1969 the family moved to Clayfield and so attending Eagle Junction State School I joined the school choir conducted by our music teacher Col. Bennett – (then conductor of an annual performance of massed school choirs held at the City Hall – we had the big guy!). And of course, I still had that recorder at hand! Our first household albums were Mary Poppins and the Sound of Music. My parents love the old music and it was a huge treat when Dad took my mother and all the girls to see Perry Como, we think in the early 70’s. I had a poster of Perry on my wall for some time after that concert!

In 1978 I went to Seven Hills Art School and after one year decided that art wasn’t something that I wanted to do as a living – but I still love dabbling in that world. It was around this time or earlier that I first started getting involved with the folk scene attending many of the good old Bale ‘em Up bush dances.

I got my first job with the Student Union at QLD Uni as an admin worker later in 1978. What wild and fun days they were. It was a real time of change and a wonderful learning experience for me. Too many years after getting cash in my hand, I decided to buy myself a flute. Didn’t have a clue how to play it, but mostly self taught, I now love getting it out and playing along to my favourite CDs. It’s generally a pretty private affair.

In 1979 I became friends with the musicians of the Verandah Band. How many of you experienced the Blind Hall in South Brisbane every Thursday night dancing VERY FAST to the magnificent tunes they played? The Moreton Island Protection Committee New Year's Eve nights at the City Hall were spectacular as well, dancing with so many people in that wonderful big room. In 1985 I did a sailing trip for a few months around the South Pacific with a friend, her young daughter and one other, who knew how to sail! Wow is all I can say. Upon returning I decided to move to Hobart, Tasmania - which I did in 1987.

I seem to have followed a course of singing in my life, though don’t anyone ask me to sing solo! My first step was at a singing rehearsal for the first show of Rock ‘n Roll Circus in 1986/87, not long before I moved to Tassie. Roger Rosser (a founding member of the Verandah Band) took the session. It was the first time I had properly sung in harmony with a group of people and I went quite goose bumpy. From there I knew that I wanted to sing more and so I did.

Upon arriving in Tassie I immediately got involved with a newly formed women’s a cappella group called La La Boomba. We sang songs from Eastern Europe. This group was initiated and lead by Anne Hildyard who now performs with Xenos. Our big stage moment was at the Odean Theatre singing live to air for Music Deli on ABC Radio National. My heart was beating faster than the incredibly large audience of people who were applauding us! Top of the list for scary moments!

In the same year I was also a founding member of Arramaieda, another women’s a cappella group who sang mostly social justice songs. This was an incredibly busy and amazing group performing at many gigs and festivals around Hobart and Tassie and after my time, at Woodford.

Upon getting work at the Tasmanian AIDS Council in1988 (which I did for over 11 years) I decided to continue singing only with La La Boomba and after La La Boomba decided to call it a day, I ventured into another world of performing with a group called Bob and the Armadillos. This was lead by Matt Herne who is now living in Brisbane (some of you may have met him at the Mad Ass). We performed South American music. I played a very large drum and also whistle. We did a fair swag of performing including the Cygnet Folk Festival and the Wooden Boats Festival in Hobart. There were many highlights!

In the early 90’s I joined an a cappela group with men in it! Anachapellago-go’s highlight for me was performing at the Theatre Royal with Siphiwo Lubambo, when he was touring Australia conducting workshops and concerts leading up to the election of the African National Congress in 1993.

In 2000 I moved back to Brisbane. In 2001 I joined Songlines Choir, conducted for 10 years by my lovely partner Mark Shortis (Marko) and organised brilliantly by Wilf Flint. I sang with Songlines for 5 years. I was kept busy with performances with no excuse for boredom. It was an extremely rewarding venture, singing songs for social justice and the environment. Performing with Absolutely Scandalous as a Scandalette is something I can’t leave out. David Peetz put together this group bringing forth the latest news on industrial relations and social issues. The fabulous four continue on with their music and we scandalettes had a great time in those early days.

One last memory, travelling through Ireland with Marko in 2004, being taught old Irish dance steps by an elderly Irish man somewhere on the West Coast. He chose me as his partner for the night and I can only say it was a real thrill. (I think Marko had a good time too!).

I went to the very first Mad Ass at South’s Leagues Club, and have followed every venue since. I hope to continue experiencing these wonderful nights and being amazed at what incredible talent there is out there. Thank you to all who make this night happen.