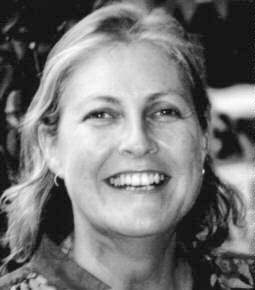 Jan Davis was born in Dundee Scotland and emigrated to Australia with her parents in 1973 and was introduced to the folk scene as a teenager by one of her neighbour's friends, Fabian who invited her to "The Folk Centre", where she met a core of Folkies some of whom are still around the scene today. She also attended the "Barley Mow". She says: "It was full on, 'The Barley Mow' on Thursday Nights and 'The Folk Centre' on Friday, Saturday, & Sunday nights." Jan performed solo brackets occasionally singing songs which today would not be classed as folk songs.

Jan's first encounter with other musicians was when Pamela Gallagher decided to run a "Fling Thing" in other words a bush dance. Pamela would call, Jan on piano accordion, Don & June Nichols on percussion & rhythm along with Martin Gallagher on fiddle.

"Rantan" was responsible for showing Jan the inland parts of Queensland, which gave her insight into the songs she so often sings.

Jan also sang a bit with Russell McKay, Helen Rowe, Tony Suttor, Avril Lambert, & Alan Forshaw in a group called "Beltane" which mainly concentrated on unaccompanied songs, not to forget "This End Up" with Bob Babinall, Kez van Oudeusden and others

Jan's first taste as a full time professional entertainer came when she joined "The Wayfarers" and by the time she left the band her repertoire was enormous consisting of 100 Scottish, Irish, Australian, Country & Western, and 1930's to 1960's popular songs.

Jan has played gigs with John Colville (Scotch Broth), with Gerry Farrell or Terry Jacob as 'Black Velvet' and bush songs and dances with everyone mentioned thus far.

Tony Miles & Jan Davis put together a duo called 'Prickly Pair' which lasted for about 8 years. 'Prickly Pair' sang a wide variety of songs including some of Tony's originals. Tony wrote a song for Jan which she sang at the Capitol Country Music Awards in 1987. That same song won her a trophy which she says is collecting cobwebs and dust.

Apart from solo spots, Jan has sung with "Tangled Web", six ladies with wonderful harmonies and voices, and also has appeared with Terry Jacob, Phil Brown and Jim Law as "Kintra" and played with 'Kitchener's Privates' for Bush Dances from time to time.

(Jan left the Brisbane Folk Scene in June 1997, to travel the world, hopefully only for a while, and from what we hear is doing well in the UK. Ed) - ed mfb: - Jan remains in the UK but visits with Ken now and then.