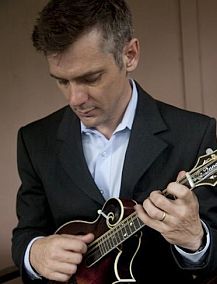 Hello. I'm Innes Campbell. and I have come here today to tell you this.

I was speaking to one of my friends the other day, well, when I say friend, I mean a facebook friend really, and we were walking along the street and out of the blue he turned to me, stared right at my eyes, and I mean RIGHT at me, and you know, he's got those strange eyes where one looks slightly over your shoulder so you're never quite sure if he's talking to you or not, and well yes, I do know what it's called, but that's not important right now, because I'm telling a story, and anyway, he turns to me and he says 'INNES!' just like that, so loud, and I nearly choked on my frappachino which would have been bad because only one of us was a doctor and it wasn't him and he said again “INNES CAMPBELL!” and it was just so weird, with his eyes and everything, in the middle of the street, and I forgot to say this but he has one leg shorter than the other, I mean one leg longer than the other, whatever, but he doesn't wear one of those shoes to compensate, he just leans kind of like that big tower in Pisa, …and I don't know how that works actually.. Anyway then, ever so slowly, he starts talking in this really gravelly deep voice, and without hardly moving his lips, he growls:

“INNES CAMPBELL. WHERE WERE YOU BORN?”

So I looked him straight back in (one of his) eyes and said: Stirling, Scotland. Born and Bred' and I said it in a kind of cowboy accent because we were in a cowboy movie now, and the cars had sort of turned into wagons, with injuns whooping around us forming a circle, hollering and hollering, squaws with papooses and cattle and dust and stuff. After that, he kind of shuffled backwards and faced me, spat on the ground, raised his face slowly, and growled 'Musical childhood experiences?'.

I turned, paused, spat a gallon load into the dirt and put my hand on my gun, 'Yeah, used to play heavy metal guitar till Ah was 18. Annoyed the hell out of muh Paw, while the rest of muh fam'ly played fiddle de dee in the front room.'

“They didn't invite you to join 'em?”

“Yep they sure did sure n'uff. But ah was not interested. No-siree.” Then, fixing me with one of those wayward eyeballs: 'Now son I don't believe that you were not influenced in any way by your family. I mean, all that music goin' on in your house from noon till night. Am I to believe you were jest sittin upstairs, tryin to finish your physics homework? And not never tryin' to join in?'

“Well”, I began ”OK I'll admit, there was a certain amount of joining in, but y'see I played the snare drum in a pipe band right up until I was 14, and the snare drum is not really a folk instrument in the strict sense of the word. More of a torture instrument if truth be told. When I started playing the geetar aged 12 or so (I think) I was more into Steve Vai than Steve Earle…. if you catch my drift, partner. So yeah, I learned, I listened, I osmosed, but never really caught my musical mojo – I did play in a couple of metal bands but it was all hobby really. It was all jest a means to an end for me..ahem…if you catch my drift …I mean playing the guitar does have certain…advantages…at that age'

The baked earth of my friends face cracked and a semicircle appeared somewhere around the lower third…this I realised must have been a smile as a raspy chuckle emerged..”Shoot, partner you could be right there!..”

“Anyways”…he went on, mirth subsiding, “So when did you start playing and singing folk music then you crazy coot?”

“BOY” he barked. 'Stop looking around and answer muh question 'fore I shoot you full of lead quicker n' a papoose in a squaw with a, eh, wagon'
"Uh OK sorry".

“Well, now lets jest back up a cotton pickin minute. We-ell, I did get my physics homework done, which was good coz it earned me a ticket, yesiree, out of Stirling to a little cold place called Aberdeen, which if you don't know is somewhere just outside the arctic circle. There I earned my degree and…Ah Jeez partner do you really want to know this stuff? It sure is borin'”

Weird-eye straightened himself – which was hard – given that he could only manage at best 60 degrees off the vertical – and fixed me with a cold hard stare.

“Now look here pardner. I don' give two cahoots about where you studied medicine. Or that you came to Australia after your junior doctor jobs and a stint in a Glasgow emergency department, worked at the Mater Hospital in Brisbane for a year, then in Bundaberg, then met your future wife and went back to the UK to work, then went to Inverness, then Hobart, moved to the Sunshine Coast, lived on the beach for a year, learned to surf properly, and in all of this time, an' Ahm talking about 15 years here, you never even owned a musical instrument much less played one, even though music was a big part of your life and you were always listening to music, buyin' CDs and talkin about electronic goddamn bleepy noise music (which by the way son, is a load of goddamn horse-doo if you ask me) – but your wife noticed that every time you were at a party or in someone's house and there was a guitar there, you made a bee-line for it and stayed there playin' yer little heart out the whole night. Or that when you had your first son, your wife bought you a guitar an' right after this you saw 'Oh Brother Where Art though, got into bluegrass, started practicing for 2 hours every day, did a Masters degree, went back back to the UK, moved back to the Sunshine Coast, won the National Championship in bluegrass guitar, set up a band and called it 'Innes and Present Company', coz you had no idea who was in the band from one day ter the next, dropped the 'Innes and” and made another album, then left to go solo, and have just made a new album completely on your own, playin' all the instruments and all, and did all the mixin' and masterin' yourself, and its real good and all, no sir I have absolutely no interest in any of that stuff at all! But these good folks out there reading this here Folk Rag want to know about that kind of stuff so go ahead and tell your story you damn coot before I ventilate your head!” …. I went for muh gun.