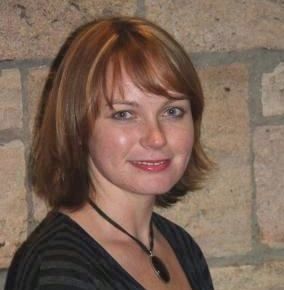 From as far back as I remember music was part of my life. One of my earliest memories is of singing The Owl & the Pussycat Went to Sea on-stage at the age of 3 or 4 at a country music concert. Not long after this my dad gave me my first guitar and taught me to play the Little Black Duck song. My fingers were so small I could only do one-finger chords.

My parents joined the Redlands Modern Country Music Club when I was a baby. The club was started in the early 70’s by Stan and Del Mollor. I never met Stan (he died when I was young) but Del was and still is a big musical influence in my life. She taught me a lot about singing, harmonies and also bass-playing. And I have the honour of playing in Stone The Crows Bush Band with her at this point in time.

Dad (Allen McMonagle) was a fledgling guitarist and singer when we first joined the country music club, but he was soon winning awards and performing around the Brisbane country scene. His father played harmonica so family Christmases always involved singing and playing with the relatives. Grandad knew plenty of Irish tunes and Dad would teach me the chords so I could accompany on rhythm guitar while he and Grandad played the melody. Although the Irish influences are there, country music was always on the cards in my life. When I was young Dad was into John Denver and John Williamson; Mum loved listening to Patsy Cline and Anne Murray.

My younger sisters Sarah and Laura started singing soon after me. Sarah and I would also perform as a duo and we won lots of trophies during our teen years for our close sibling harmony-style duets. We especially loved singing songs by mother/daughter duo The Judds.

At around 14 years of age, I picked up the electric bass at the country music club one night and taught myself to play. Dad and I formed a little band with another father and daughter (Lee and Jolie Doyle) called MacDoyle in which I played bass. This was also around the time that I was first exposed to Bluegrass. We sang a few bluegrass numbers in this band but at the time, I didn’t know what bluegrass was. Dad was also starting to teach himself fiddle around this time (very painful for us). He’d teach me the bluegrass and Irish tunes he was learning so I could accompany him on guitar.

For a few years in my late teens/early 20’s I ventured over to the dark side – rock music! I played bass in a rock band which was not very successful but fun at the time. I also played bass in a country rock band for a little while.

In 1995, Dad and some of his mates Neil Wills, Bill Turner – all fellow bluegrass enthusiasts – ran the first Redlands Bluegrass Convention. It’s been running every year since (second weekend in July if you’re interested). I’ve been part of the organising committee doing publicity/advertising for the past few years.

I’ve liked bluegrass music ever since Dad bought an Alison Krauss album back in the early 90’s. I always wanted to play in a bluegrass band and thought it would be cool to have an all-girl band. In 2004 I met banjo-player Amy Coles and we formed a band with my sister Sarah on mandolin. We couldn’t find a female double-bass player so Tom Steginga stepped in (bass-player in my Dad’s bluegrass band The Redland Bluegrass Boys) and thus Tom Cat & The Bluegrass Kittens was formed. We are probably best known for our 3-part female harmonies and for Tom’s cutting remarks on stage. Sarah has since left the band to pursue a solo career and the lovely Dominique Costello has replaced her on mandolin.

Last year a fantastic opportunity arose for us – we were invited to play at Woodford on the Duck & Shovel stage! Performing at Woodford has definitely been the highlight in my musical career so far. We’ve also played at the Dorrigo Folk Festival in NSW and last year I travelled down to Harrietville in Victoria for the big bluegrass festival.

Our first performance as the Bluegrass Kittens was at the MadAss in October 2004, so the MadAss has been supporting us from the beginning. A whole new world opened up for me then and I met some lovely folk that night. Since then, I’ve embraced the scene and played at lots of venues in the ‘Kittens’, Stone the Crows and recently as a solo performer. I did my first solo performance at the MadAss as well in January this year and was extremely lucky to have Ewan Mackenzie offer to play guitar with me – of course I said YES!.

I am enjoying forming some good friendships in the folk scene – Ali & Ewan, Rose & John, Fred & Sue, Ryk, Michael B, Keith, Alan and others who I have missed off this list (hope they will still talk to me). I’ve stumbled into a supportive group of fellow musicians who know how to have a good time and make some great music. Camping at Neurum Creek and Imbil last year and jamming round the camp-fire was amazing!. I’ve even discovered some neutral bluegrass/folk territory – I’m up for a Gillian Welch marathon sing-along anytime.

I’ve recently started songwriting which I want to do more and more. I just bought a new guitar (a Martin!) which I absolutely adore playing. The guitar was on Ebay and I contacted the seller to ask if I could try it out. Turns out the seller was a guy called Lee Fielding who’s a regular at the MadAss and Kookaburra. Alison Mackenzie had even suggested to him that we meet because our musical tastes are similar. Brisbane is a small world, huh!

At the moment I’m playing bluegrass in the Bluegrass Kittens, Australiana/bush music in Stone the Crows, and a mixture of country/bluegrass/folk solo. Current side-projects include: a duo with banjo player/singer/Ebay entrepeneur Lee Fielding, a celtic/australiana/bush band with mandolinist Dom Costello and fiddler Mal Winckle, and a family act (the McMonagle Family Singers) with Dad and Sarah.

I feel really lucky to have stumbled into the Brisbane folk scene. (Even though I’m not a traditional folkie and get caught out singing heart-breaking country songs at jams.) I’m in awe of all these talented musicians and beautiful people who I’ve met and befriended; and who continue to inspire me every time I hear them play.