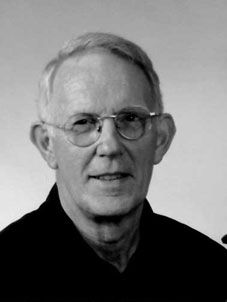 I was born in a town called Navan, about 40 kilometres north of Dublin , in 1941. My mother was a good pianist and my two elder sisters learned piano and a stringed instrument as well – one violin, the other cello. I remember them playing as a trio occasionally. In primary school, I did piano for three years. Then, bored by the music and tired of Miss Liston’s ruler on my knuckles, I gave up. At big family gatherings, when everyone was required to do a party piece, I would recite. I learned The Charge of the Light Brigade and The Siege of Athlone – both (significantly?) tales of bravery in the face of hopeless odds. But somehow the thought of standing up and actually singing solo gave me sweaty palms and a queasy stomach.

There was a tradition in our family of writing poems about significant family or public events. The actual happenings were usually exaggerated to epic proportions. Comic elements were emphasised or simply invented. Several relatives practised this art, myself included. Libel laws prevented any of it being seen outside the family.

Two siblings took up music professionally. My sister Carol taught piano for a while and younger brother Paul became a skilled accompanist and trainer of opera singers in the US .

Through my high school years I tried hard to enjoy the rise of rock ‘n roll, but failed. I listened assiduously on

Radio Luxembourg to Bill Haley and the Comets, Elvis Presley and Co. At least I knew who my boarding-school mates were talking about, but I never became a true believer. When I was leaving school, the Irish folk revival was just underway. In the enthusiasm of the Clancy Brothers and the slightly more sharp-edged, political songs of The Dubliners, I found music I could really relate to.

A year later I was in the seminary, studying for the Catholic priesthood. I bought a guitar, learned three chords in the key of D and started singing Brennan on the Moor and The Wild Rover. Some American friends introduced me to the music of Woody Guthrie and Pete Seeger. Their championing of the battlers and awareness of the rich-poor divide appealed to me and was something I didn’t find in Irish music at the time. There were opportunities to perform at informal concerts and sessions. My palms became less sweaty.

Then one day while on holidays, I heard Tom Lehrer on the radio, singing Poisoning Pigeons in the Park. When I’d finished laughing, I set out to track down the LP and played it until the needle wore through the grooves. I learned a couple of the songs and tried them out myself. The response was amazing. Not many people had heard Lehrer’s stuff and their laughter was a heady encouragement. I knew then that I could stand before an audience and make them laugh. Goodbye sweaty palms. I was hooked.

By the mid sixties, I was in Rome , doing graduate studies. I’d added some Simon and Garfunkel, Bob Dylan and Joan Baez to my repertoire. But it was always Tom Lehrer’s stuff that made the impression. Twenty years later, in the PNG highlands, I met a grizzled Kiwi missionary who said, “I know you! You used to sing Poisoning Pigeons in Rome !”

The years passed. I studied and taught in Ireland , Israel and Fiji . At the end of 1973 I decided to leave the priesthood and came to Australia , settling eventually in Sydney , where I worked for an overseas aid organization. In that capacity, I travelled in the Indian subcontinent and south-east Asia . Back in Australia , I spent time with visitors from Ethiopia , Kenya , the Philippines – some of the most impressive people I’d ever met. I began to learn about the forces generating poverty; about the way the excesses of capitalism, so beneficial for many in Australia , were devastating for people in Africa , Asia and the Pacific. Part of my job was to write and to speak about all this.

One year, preparing material for teachers to use in schools, we decided to produce songs to get some of the ideas across. I wrote a song called The Debt Rap. It went down well, and we did more in the following years. I’d hardly touched the guitar for ten years, but now I was picking it up with renewed purpose and composing, not just for work, but also for fun. I wrote songs about international debt, poverty, the environment, indigenous Australians, refugees. As often as possible I used humour. Somewhere I read that the Chinese word for satire was “laughter with knives”.

Looking back, I suppose I was trying to pull together the big influences on me – the idealism of Pete Seeger and Woody Guthrie, the energy of the Clancys and later Christy Moore, the style of Tom Lehrer – as well as the things I’d learned from Third World community leaders.

I sang these new songs for friends and colleagues but only rarely in public. By this time I’d learned a bit more than 3 chords in D, though not all that much. In fact I still feel limited by my lack of musical training and guitar technique. But I was urged to record some and in 1995 produced an album called The Cockroach and the Vatican. It proved popular in networks of human rights organizations, aid agencies, progressive church bodies and individuals.

In 1999, with a small family, I moved to Brisbane . My wife was a full-time medical student and I spent a lot of time with my three-year-old son and then my one-year-old daughter. I needed the occasional break, so I started going to the Kookaburra Club, where I was warmly welcomed by the late Stan Arthur, the Wayfarers and other regulars. Their encouragement was a big factor in helping me to spread my wings over the last few years in Brisbane .

Another album of songs appeared in 2000, entitled The Call of the Cappuccino.The MadAss Folk Club moved to my local pub and I started to drop in there. I put together a program of children’s songs on the environment, called it The Shark, the Ark and the Wise Little Platypus, and started performing it in primary schools. I sang at many peace rallies and demonstrations, including one in the Domain before 50,000 people (eat your heart out, Mick Jagger!), I performed at the Wintermoon Festival in Mackay in 2003 and the Village Festival in Yeppoon last month.

I have this dream of earning a living from doing this stuff which I enjoy so much. In fact, now that I’m a single parent, it’s a necessity as well as a dream. I’m not there yet, but I think the key for me is to be able to diversify - working in schools, entertaining at special events in the community sector, for government bodies, academia or corporate groups, writing songs on commission as well as performing in the folk scene. Getting the gigs is hard work, but the rewards are fantastic. As the great Christy Moore said, “This is heaven! This is hell! Who cares? Who can tell?”